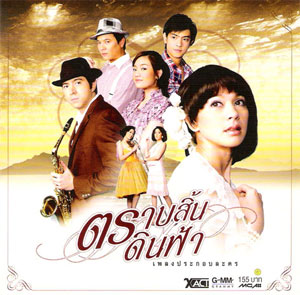 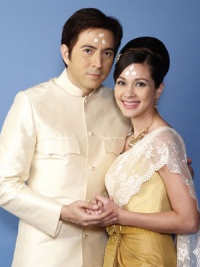 Pan (Sam) is a very successful songwriter and a member of a very famous band in Bangkok. He falls in love with a singer named Soi (Mam), who has a rough past. Soi becomes his musical muse. During their courtship, he writes a song about her called “Until the End of Heaven”. The song becomes a mass hit in their club circuit, and their love blossoms.

They eventually get married. Everything seems happy until Soi’s evil ex-husband, Chat, comes back into her life. Chat extorts money from Pan and Soi by threatening to expose Soi’s colorful past to the press. Pan pays him off, but Chat still passes the info to the press. When the news of her scandalous past is covered across major newspapers throughout Thailand, Soi tries to divorce Pan in order to save his dignity. Pan is furious that Chat would betray them; therefore, Pan gives Chat a good beat down 'till he is paralyzed. Pan goes to jail, and Soi finds out she is pregnant with his child.

Soi gives birth to a daughter (Peung) and lives her life quietly in the outside world. Soi and Pan’s daughter grows up not knowing about her father---Soi and Pan made the decision of keeping their daughter in the dark, so that she doesn’t develop an inferior complex about having a criminal father.

When Pan is released from jail, he doesn’t tell anyone. Instead, he watches his daughter and wife like a distant guardian angel.