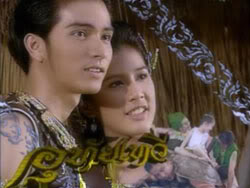 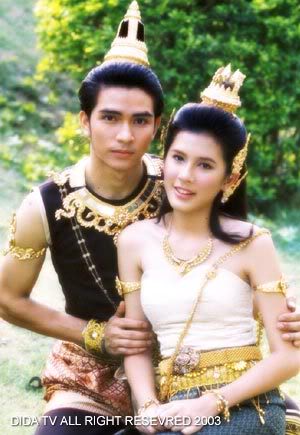 A god of the heavens and a dragon who lives under the sea, falls in love and has a baby together, but it was against the rules. So the dragon came out to land and laid her egg in a cave and left the ring that the god had given to her with the egg. Along comes a frog and swallows the egg, which hatches inside the frog. The egg hatches a beutiful lady named Uthaitawee who meets three animals, a turtle, a snake and a parrot, who take care of her. Later, she get's captured by an old man while fishing. Uthai was still inside the frog. The old man took Uthai home and him and his wife decide to raise Uthai. Since the old man and woman were so kind to her, every day that they went to the gardens or to work, Uthai would come out of her Frog skin and cook for them, until one time the couple found out and burned the frog skin. This forced Uthai to live with them as a human, leading her to meet her prince.