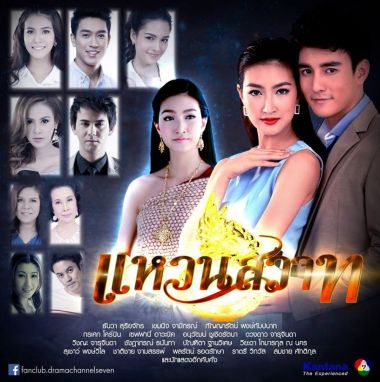 In a past life there are 2 twins Pit and Praewpan. Pit, the older twin, marries a man named Wisit. Her younger twin sister, Praewpan, is jealous because she also loves Wisit, so she poisons her elder sister Pit. When Wisit finds out about Praewpan poisoning her sister, he goes into monkhood for the rest of his life. Before she died, however, she made a promise that she would follow Wisit into the next life, until she is able to finally be with him.

Wisit and Praewpan meet again in the present life and she instantly falls for him even though he has a girlfriend. Meanwhile, Pit has become a spirit with powers. When Wisit buys a dragon ring that Pit possesses, they are able to start communicating with each other Pit tells Wisit that his current girlfriend isn't his soulmate, and that Wisit should be with Praewpan but Wisit loves only Pit. credits to: mydramalist