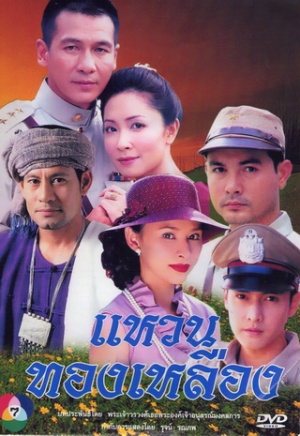 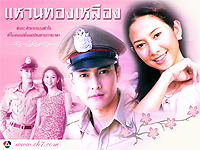 Duang Jai had always been in love with Crisoda, he was her hero. Unfortunately she has never met him in person and has only seen pictures of him. One day Chrisoda comes to her village and they finally meet, she tours hims around and it starts raining so they go find a shelter and they "sleep together." So heaven plays a trick on them and Chrisoda has to go to war, since he is a soldier. So before he goes he gives her his necklace and she gives him her ring. Months later Duang Jai finds herself pregnant and goes to live with her friend to avoid her father but sadly he finds her with a giant belly. So she runs away to go find Chrisoda. She runs into many issues and gives birth to a baby girl. The doctor sees that she has no place to go so he takes her to live with him. Something happens but i don't remember what but she ends up selling herself. At the guy's first touch a bomb explodes and the Japanese come in. She escapes but is split from her daughter and her daughter stays with the doctor. So Duang Jai meets a Japanese guy and she stays with him and he goes to war and i think he dies but he leaves her all his gold. So Duang Jai meets a girl and they become friends and they share the gold. So they become rich. Meanwhile Chrisoda is held captive at a jail and is finally released, he goes to find Duang Jai at her village but he is informed that she has died months pregnant. SO he goes to the grave but it isn't Duang Jai it is a girl mistaken to be her. Heart broken he goes to Bangkok and he meets a girl and saves her from a guy and they end up living together. So Duang Jai's daughter grows up with the doctor and his nephew (Kade) Kade is in love with Yui but she doesn't like him that way so he always kept it inside him. Duang Jai is now a successful business woman and her friend is her advisor. So one day Yui works at her company and they meet. Duang Jai feels like she is connected to her somehow as for her friend she doesn't like Yui. Coincidentally one day i don't remember how but Duang Jai meets Chrisoda and takes him to the hospital. She plans to tell everyone that he is her long lost husband but Chrisoda's girlfriend (the girl he saves) comes and wreaks everything. SO Duang Jai and Chrisoda act like they don't know each other because Duang Jai doesn't want to break Chrisoda's girlfriend's heart and Chrisoda doesn't want his girlfriend to know. Chrisoda ends up working at Duang Jai's company, even when their alone they act like strangers. Yui ends up crushing on her father without knowing it. Duang Jai becomes an alcoholic and ends up getting really sick so Chrisoda carries her to the taxi. She is now unconscious and begins to ask random questions and Chrisoda appologizes to her. Meanwhile Yui hangs out with bad friends and becomes a drug addict, she is warned by Kade but she is hard headed and still hangs out with them. Yui ends up bonding with Chrisoda and learns that he has a child and wife but they are gone. She tells the story to Duang Jai and realizes she and Chrisoda have similar stories. Chrisoda's girlfriend becomes pregnant, Duang Jai is severely hurt but she wishes them good luck. Yui is heartbroken. Chrisoda learns that Yui is a drug addict so he ties her up in her house and helps cure her with the help of Kade. Yui is angry at Kade but ends up having a stronger bond with Chrisoda. Chrisoda's girlfriend ends up getting killed by her ex-boyfriend and Duang Jai leaves and goes back to her village. Yui, Kade and Chrisoda go there and he confronts Duang Jai and they are finally together. As for Yui she finds out that she was their daughter. Kade admits their true feelings and the 4 of them stand from the house and look at the sky. The end