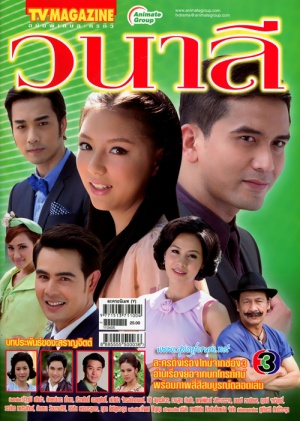 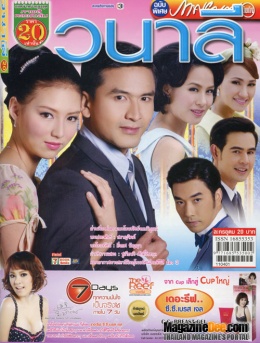 “Wanalee (The Woods)” is a romantic comedy centering around a kidnapping gone wrong. In the lakorn, all the male leads are police officers. Nang’ek’s brother is a police lieutenant colonel, the guy her brother wants her to date and eventually marry is a police officer, pra’ek is a police detective.

Nang’ek’s name is Witchuda or Wit for short. She has two older brothers Witchati or Pee Yai because he is the oldest and her middle brother is Pee Glang (which literally means middle sibling). Wit is the youngest of the family. Her parents have passed away years ago, she has been raised by her older brother Pee Yai.

Wit is not your typical girl, kinda tomboyish. She has a lot of spunk, she takes karate lessons, she is very confident and fears no one. She can handle a gun and can handle herself if she was attacked. Wit can passed as one of Pee Yai’s beer buddies if she drank, which makes Pee Yai concern.

He begins to notice little things about Wit that worries him. For example, when he took his girlfriend and Wit to go watch “Pretty Woman” starring Richard Gere and Julia Roberts in theaters. Wit fell asleep during the film while every women in the theater were crying their eyes out when Richard Gere’s character climbed up the fire escape ladder to Julia Robert’s apartment and passionately kissed her. It was very romantic and Wit fell asleep.

Little things begins to pile about Wit that concerned Pee Yai. He wanted her to be safe and be ‘saved’. The best solution, hooking her up with a boyfriend and eventually marrying her off to this guy. Pee Yai chose his buddy, Sorat– a porky/ humorous police buddy of his who was an old bachelor looking to get marry. Sorat looked like a safe bet for a great brother-in-law who can care for his sister. Pee Yai tries every way to set the two up, but Wit wasn’t having it. Sorat is a type of guy who you can take seriously. Plus, he wasn’t her type. Compared to Sorat, she was the dominate one. She needed someone who can match her bold personality.

Sorat didn’t want to give up, he liked Wit. She is young and beautiful. So Sorat asked his younger brother Sayam to do him a favor, kidnap Wit for him, and later he will come and pretend to rescue her. By then, Sorat will be a ‘hero’ in Wit’s eyes and he would have a chance with her. Wrong Idea. You know kidnappings never go well in lakorns.

Sorat is somewhat pathetic. He’s a chubby short man, who is not getting any younger. He’s a nice guy but you can put him in the un-dateable category. Sayam, our pra’ek, agrees. He pities his older brother.

Sayam pretends to be the big bad criminal Seua Meud (Dark Tiger) and kidnaps Witchuda deep into the jungle to a dingy cabin. He has his wet nurse pretend to be his mother and care for Wit while they were there. Every day, Wit would try to escape, she is trained to defend herself, so she is confident she can escape. Everyday, he would have to go chase after her. Because she is not an easy captive, he has to stay close to her. Keep an eye on her. Thus their close relationship began.