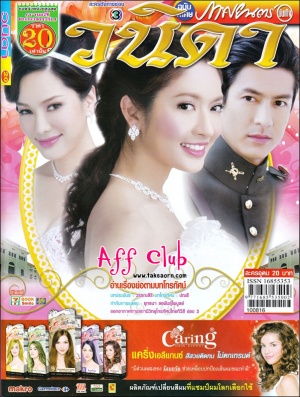 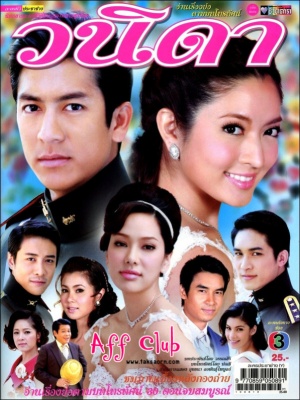 Wanida is a story about one woman’s patience, goodness and her great love.

Major Prajuab Mahasak was offered to get married with Wanida Wongwiboon, Dao's daughter to repay for the debt that he borrowed from Dao. If not, he would be sued and it would dishonor his family.

Prajuab was very distressed and refused that proposal because he already had a girl he wanted to marry, Pranee. Because he did not want to marry Wanida, he ran away during the night without saying a word except with letters. Days later Dao came to the Mahasak resident to talk about the marriage but to his surprise, Prajuab ran away to the south.

It wasn't a big of a deal to Dao because he knew that Prajuab had a older brother. So he tells Nai Nom that Prajak has to marry Wanida in place of Prajuab or suffer the consequences.

Dao told Wanida about the marriage and told her to prepare herself for ceremony. Wanida was confused. Though she didn't want to get married, she couldn't oppose her father. Nai Nom, not wanting to lose the house and the reputation of Mahasak, asked Prajak to marry Wanida to save Mahasak and his younger brother, Lek. He accepts the marriage on his mother behalf without telling Pisamai until the day before the ceremony. On the day of the wedding, Dao gave several conditions to Prajak, including that if his brother could find the money to repay for his debt, Prajak would divorce Wanida immediately.

After the wedding, Prajak told his mother and Pisamai, his girlfriend that Wanida is going to move into the Mahasak house. It made them very upset. His mother couldn't accept the fact Wanida was moving in, so she left to Ayutthaya on her son's wedding night. Both Prajak and Wanida felt awkward living together. Wanida had to be strong and confrontational with his mother and his girlfriend who disliked her and kept insulting her.

As time went by, they had their ups and downs, but somewhere along the way feelings that they never had for one another starts to develop. The more Prajak knew Wanida the more he was into her and the more Prajak got on Wanida's nerves the more she fell for him. With feelings that they both never meant to have, gave them an opportunity to get to know one another and to know the true meaning of love, trust, and understanding.

One day, Wanida went to visit the siblings that lived behind the Mahasak house. She told Wanida that her mother was a servant of Lady Montha until she driven out of Mahasak. Lady Montha was a very nice lady and understanding. She had a kind heart and willing to help others. She also told Wanida that Than Jao Khun loved Lady Montha so much. After Lady Montha was driven from Mahasak, rumors were going around that she had ran away with another guy and gave him all of Mahasak's jewelry and money. But in reality it was all Nai Nom's doing so that she could inherit ALL of Mahasak's heirlooms. Therefore, Wanida intends to find out the truth about this to prove that her grandmother was innocent.

In the end, Prajuab comes back and clears his debt with Dao. Dao accepts the money but is heartbroken because he knows that Wanida and Prajak are in love. Without any hesitation, he goes to the Mahasak resident to get Wanida as promise. But he does not give Prajuab the divorce papers because it was a personal matter between Prajak and Wanida. In confusion as to why so much tear shed, Prajuab did not know that SO much has changed since he left and that his brother was no longer in love with Pisamai.