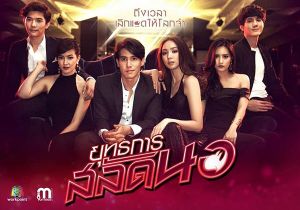 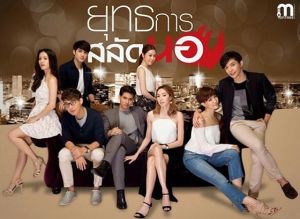 3 single woman, 3 stories. A story of three women who met one night after their boyfriend had dumped them. The three decide to become friends and promised each other not to take any guy serious and just flirt and use them, just like how men treated them. Until they met 3 guys who suddenly changed their hearts.

Buawaree (Four), got fired from her old company for allegedly embezzling money from her boss, who's daughter is dating Bua's ex-boyfriend, also Isara's cousin. She gets hired at Gold Beauty where she meets Isara (Gunn). What she doesn't know is that Isara knew her before because he understood that Buawaree was the woman who caused his older brother to go into a coma for dumping him. His mission is to make Bua fall for him and dump her after she falls for him.

Rosarin (Mint), the oldest of the girl group has a one night stand with a younger guy, Jao Khun (Lee), whom she meets at the club. To her he was just some random guy she was able to flirt with. But to her surprise, he wanted to be serious and admit to her he's planning on courting her. She eventually finds herself falling for him so she decide to avoid him. She ends up meeting a much older guy, Sia Anuwat. Sia Anuwat has been courting Rosarin. The two eventually start to date and planned on getting married. But what happens when Sia Anuwat takes Rosarin to meet his son who happens to be Jao Khun?

Mareeya (Pear), the youngest of the girl group gets pregnant and gets dumped by her boyfriend after he found out she was pregnant. Mareeya decides to keep her baby but refuses to let him call her "mom." Instead tells him to call her "older sister". Reeya has a best friend named Phuthorn (Mouse) who goes to the same college as her. Phuthorn secretly admires Mareeya and is the only person that knows of her secrets. Reeya starts to fall for her neighbor Jiray due to his kind personality and the two eventually date but he later breaks up with her after finding out she lied about her child. credits to: rightful owner