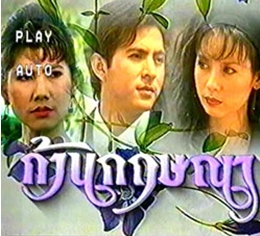 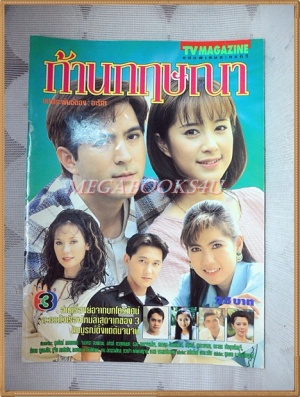 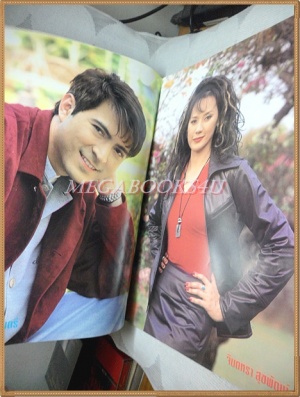 KarnPetch (Sam) used to date Kridika but he broke up with her before they got married because she seemed to be with him just for the purposes of bringing their two companies together and having her company get all the benefits. Kridika marries Chanin who is a professor with a scandalous reputation with his female students. He got fired due to an affair with a student and got her pregnant. He then moves to Chiangmai where he seduces Karn's younger sister NapThong. Kridsana (Mam) is Kridika's younger who has studied abroad and comes back with her foreign boyfriend Patrick and has him move in with her much to her sister's disapproval. Karn likes to bug Kridsana just because she is Kridtika's sister and calls her by her nickname Kristie just to rile her up. Thong runs off with Chanin and sleeps with him and Karn goes after her. Kridsana goes too in hopes of getting ahead of Karn before he does anything serious. Thong makes it clear that she choses Chanin over her brother and Chanin hits Karn over the head and Kridsana has to take him to the hospital. Kridika is not overly concerned with her husband's affair and just a few sweet words from him ceases her anger. Karn decides to spread his hatred of Kridtika and Chanin to Kridsana and cause trouble for her and Patrick by taking advantage of his friend's feelings for her and gets Patrick jealous. Karn is in denial that he is doing it so he can have Kridsana all to himself. Thong starves herself after being prevented from seeing Chanin anymore and is hospitalized. Kridika sends her a letter taunting her about Chanin asking to break things off and Thong goes into shock. Karn goes to Kridtika's house and after Kridika insults Thong referring to her as a hungry lady of the night, Karn tries to slap her but Kridsana gets into the way and gets a slap instead. Kridsana decides to go to Thong and convince her to be strong and stop torturing herself and show to Chanin that she is better than her sister since Kritsana hates Chanin. Thong then starts eating again and dresses up. Karn is filled with guilt about the slap and goes to see Kridsana at her office and gives her flowers, claiming that it is for helping his sister. He and Kridsana then end up on a conference trip together for their fabric companies and he asks if they can be friends. She asks him why he ended things with her sister and he reluctantly tells her why. They soon become friends as he gives her a present from the trip and they go to lunch and dance together at a bar. Thong starts a new attitude where she embraces her title as a mistress. She goes to a party that Kridika attends and taunts her by calling her old and Chanin probably is disgusted to sleep with her. Angry, Kridtika sends her husband to have one last night with Thong and Kridtika shows up and tells her that she arranged for her husband to have some fun since Thong seemed a little too hungry for men. Chanin tells her that he will not be leaving Kridtika and Thong goes to attack him. Thong then goes home and commits suicide. Karn is alerted as he is dancing with Kridsana and after Thong dies he is back to being mean to her and hates her simply for her association with the people who caused his sister's death. Patrick is consumed with jealousy during the funeral as Kridsana attends to show her support even after Kridtika tells her not to go. Patrick sees her with Karn's friend and makes a big scene at the funeral and he then leaves Kridsana after she refuses to go back to America with him. Karn has made friends with Patrick just to feed him lies about his friend and Kridsana and helps send Patrick back home. Karn's friend is a policeman and Kridtika is smuggling drugs and pushes Kridsana to date him so she has someone to protect her cover. Kridsana finds out and decides to agree to marry the policeman and Karn confronts her after finding out what Kridika was doing. He hugs Kridsana and tells her he has feelings for her but Kridsana accuses him of playing games with her. He then kidnaps her for a night and brings her back home and lies that they slept together and will take responsibility. Kridsana denies it and still agrees to marry the policeman. Kridtika is on a big drug shipment and the police go to catch her. Karn goes too and tries to help her but she thinks he is faking it and she tries to shoot him but the policeman takes the bullet and dies, asking Karn to take care of Kridsana. Kridika is put in jail and Karn helps her out by sending her food and a lawyer. He asks Kridsana to give him a chance and she asks for some time to deal with her sister's problem first. At first when Kridtika finds out that Karn has been helping her, she rejects it but after seeing that her husband has been sending evidence to incriminate her, she accepts Karn's help and tells Chanin that their marriage license is fake. Chanin is then stabbed to death after causing his other mistress to lose her baby with him. Kridtika pleads guilty to her crimes and is sentenced to 30 years in jail and she gives Karn her parents' ring and asks him to take care of Kridsana for her and be engaged to her. Karn and Kridsana then agree to get married. THE END.