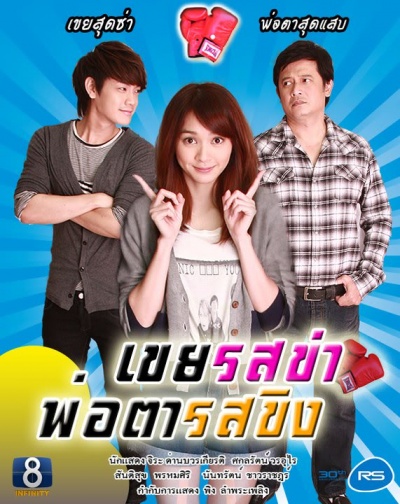 Mathin (Fluke) a playboy whose mother force him to marry Omchai (Four) the daughter of her ex-lover. With a contract saying that the next generation must get marry with each others. However, Mathin don't want to marry Omchai because he already have his eyes on another girl and doesn't get along with Omchai or her father.. Credit: Lyn's Lakorn Blog [1]