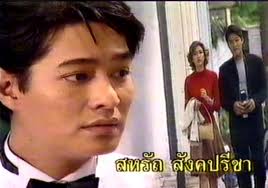 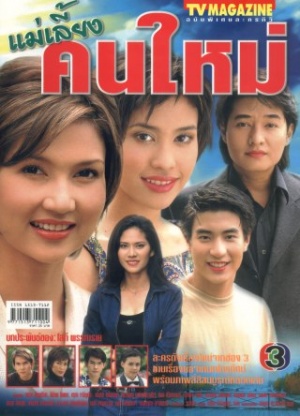 Pakjira (Ann) works in communications at a hotel in Hua Hin. The incredibly fussy Prapun (Kong) makes a last minute arrangement to meet with the hotel to discuss business. He behaves rudely to Pak since she was ill equipped to answer his questions. He asks her to take him around the city and he acts so demanding that Pak lashes out at him and yells at him. He tattles to her manager and Pak is forced to take him around the city again and Pak purposely takes him to places he had asked to avoid. Ohm, a musician that is addicted to drugs, sees Pak at a restaurant and he aggressively confronts her about his missing wife. Pak’s mother is a school teacher that opened a school to help women in need and Ohm’s wife turned to her for help. Prapun comes to Pak’s rescue and they decide to restart their relationship.

Prapun’s half brother, Pakorn, is remarrying a woman despite having his wife still living in their house. Pakorn’s wife, Payom, suffers from mental illness as well as cancer. It is said that she developed a mental illness due to Pakorn’s womanizing ways. They have three children, Sai Khwan, Sai Thep, and Sai Kaew. Sai Khwan is the most vocal out of all the children and openly opposes her father’s remarriage. Payom’s younger sister, Praewpun, is Prapun’s ex-girlfriend who is greedy and conniving. She suggests that she and Sai Khwan ditch Pakorn’s wedding to visit Prapun in Hua Hin. Praew doesn’t like seeing Prapun with Pak and she and Khwan set out to separate them. Khwan sees Pak with prostitutes that were staying with her mother and she and Praew manage to convince Prapun that Pak is a pimp and he begins to treat Pak rudely.

At Pakorn’s wedding, Payom gets word of it and goes to shoot him at this wedding and manages to shoot his leg. Pakorn then learns that he is no longer able to have sex anymore as a result of his injuries but his bride insists that she truly love him. He enlists the help of Khwan’s schoolmate, Nasit (Aum) and his friend to secretly him him seduce Pakorn’s bride and he manages to get her to confess that she only wants Pakorn for his money. Pakorn then dumps her.

Prapun sneaks Payom out of the house to avoid the authorities and Payom goes to see an old friend who happens to be Pak’s mother. Ohm is taken to get treatment for his addictions and Pak adopts his son Jao Noi that also happens to be the son of Ohm and Praew. Praew ran out on Ohm because she didn’t want to be pregnant and she tried to abort Jao Noi. Payom sees how kind Pak is and her willingness to take care of her when she was sick, she comes up with an offer for Pak. Pak is in some financial trouble as her mother needs heart surgery and the school will have to close down unless it is bought. Payom offers her the money - if she marries Pakorn and take care of her kids for her after she dies. At first Pak refuses but she ends up changing her mind. Pakorn agrees to the marriage since he finds Pak attractive. Pak has only one caveat - that the marriage never goes public as she doesn’t want her mother to know that she is selling herself for money.

After the marriage, no one at the house accepts Pak and openly defies her. Out of jealousy and anger, Prapun frequently harasses her and forces kisses on her. The perverted Paworn always want to sexually harass Pak by sneaking into her room, trying to touch her and watching her shower. Pak eventually wins over Khwan’s two younger brothers with her kindness.

Praew is angered over Payom not leaving her very much in her will and sets out to have her younger lover who is also a classmate of Khwan’s to rape Khwan, so he can squeeze money out of her. Nasit, Prapun, and Pak come to her rescue and meet a psychotic Praew that has lost it as she saw Jao Noi and Ohm visiting Pak. Khwan tries one last attempt to ruin things for Pak. She gets Pak’s mother to come visit and reveal that Pak has sold herself in exchange for money. Pak’s mother gets a heart attack from the shock and everyone starts to shun Khwan for her bad behaviour. Khwan starts to push away everyone in her life after Pak refuses to accept her apology and begins to go out with Praew’s lover and yet again is saved thanks to Nasit and Prapun. Ohm keeps reminding Praew of her past and messing with her to increase her psychosis. She is brought to the mental hospital but Khwan feels bad for her and asks for her to be taken home.

Pakorn grows increasingly obsessed with Pak and Praew suggests that he try some of her hallucinogenics and it cures him of his erectile dysfunction. He and Praew plot to drug Pak and have Pakorn have his way with her. They manage to get Pak home alone and Pakorn rapes Pak. Pakorn takes Pak away to abuse her in a secluded location. Khwan, Nasit and Prapun go to save Pak after suspecting Pakorn of taking her to a vacation home.

Pakorn is unapologetic and manages to reach a settlement with Pak and goes to live abroad. Praew is put in a mental hospital after completely losing it. Pak suffers though PTSD and Prapun takes his time with Pak to help her move past her ordeal. She tries to push him away, saying she is damaged both physically and mentally but he remains by her side and she eventually gives in and agrees to be the guardian for Pakorn’s children. The End. By: Cupid Candy