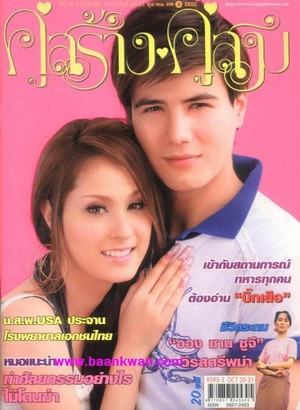 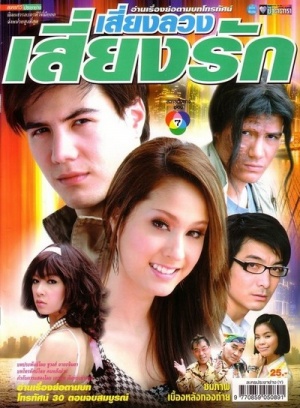 In Sieng Luang Sieng Ruk, Stefan play two characters that look identical to eachother. Mawin and Baeng are two men who look identical to each other but come different backgrounds and have different personalities. Baeng grew up as a street kid in the slums of Thailand while Mawin lived the good life. Mawin comes from a wealthy family and lived aboard for most of his life. He has a very open-personality, loves the ladies, and loves to gamble. Mawin’s love for gambling would later bite him in the bum. Mawin gambled his family’s fortune away which devastated his father to the brink of death. When Mawin’s father passes away, Mawin feels guilty but not to the point where he wants to change his life for the better.

Compared to Mawin, Baeng started his life in extreme poverty. As a child, Baeng was one of those orphaned street kid selling flower garlands for a living. Baeng is mild-mannered, humble, honest, and spoke very little. Baeng’s life improved when he is adopted by wealthy parents and becomes a child star. Then one tragic day, Baeng losses everything he had earned and received. Baeng and his adopted parents decided to take a trip to an island for a family vacation. They took a plane. While they were crossing the ocean, the plane losses control and crashes into the ocean. Baeng’s adopted parents died instantly and Baeng survived the crash. Baeng’s face becomes deforms as a result of the crash and he goes missing for the next 8 years.

Cindy (played by Kawan) is Baeng’s childhood sweetheart. Cindy comes a wealthy family, her father owns a theater house. When Baeng was very young and selling garlands on the streets, he saved Cindy from attackers. Cindy never forgot that Baeng saved her life and they became close friends as a result.

When Baeng’s plane crashed and everyone told her that he has passed away, Cindy refuses to give up hope that he survived the accident. They never found Baeng’s remain and Cindy refuses to believed that Baeng passed away. For the next 8 years, she waits for his return.

After 8 years, Baeng comes back into the real world disguise as Tanakan. He is self-conscious about his face and tells no one that he is Baeng. He fears people’s reaction. At the same time, Mawin who looks identical to Baeng comes into Cindy’s life. He starts pretending to be Baeng in order to get Baeng’s hefty inheritance. The problem arises when Mawin starts falling for Cindy and the real Baeng is also on Mawin’s back.

Unbeknownst to Mawin, Baeng, and Cindy, the plane crash was no accident. It was rigged by Baeng’s childhood friend Dtop who was jealous that Baeng got a better life than him. He wanted to destroy Baeng in order to get Baeng’s inheritance. Dtop is a malicious fellow who lives a double life. By day he is a handsome, tidy, and well-mannered journalist. By night, he becomes Dtop the lunatic.