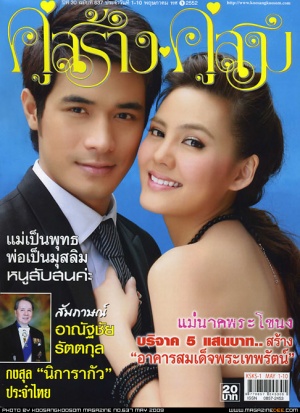 Back in Bangkok, Sophon and Katriya’s sister Jeeranan are spending a lot of time together. One night, both Sophon and Jeeranan attend a party together. Sophon drinks too much. Jeeranan and him spend the night together. Jeeranan later becomes pregnant with his child and he, being a gentleman, accepts all responsibility for his actions. Katriya learns of her sister and fiance’s relationship from her father. She is shocked that the man she had been seeing for years has impregnated her beloved sister.

Devastated, Katriya tells Phon about her situation. He listens to her and Katriya begins to feel as ease around him. After spending more time with Phon, she is realizes that she loves him.