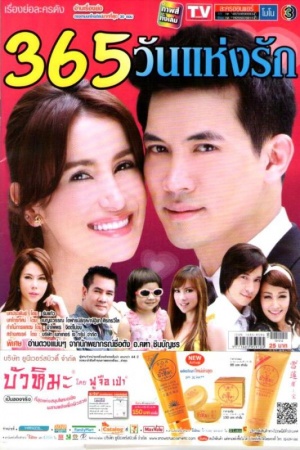 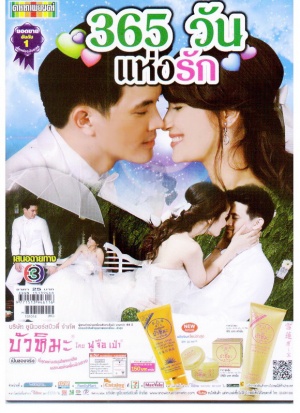 Ken is Tula, he is married to Lanaree (Anne). Tula is a man who is confident in love, as for Lanaree, not so much. Lanaree is described as boisterous, self-centered, kinda like Alin from “Soot Sanaeha (A recipe for love)”. One day, Lanaree had her fortune read by a roadside psychic. The psychic tells her that she and Tula will break up. She doesn’t believe the psychic, so the psychic gives her an old notebook and instructs her to put it under her pillow when she sleeps. When she wakes, she will find out if the prediction that her marriage will end in divorce is true. For several days, Lanaree is very stressed out by the psychic’s prediction and she doesn’t want to believe it and rationalized that the psychic is old and is probably mentally distorted. Nonetheless, she decides to do what the psychic instructed and place the notebook under her pillow before she went to bed. The next day, she wakes up to find herself not at her house with Tula but at her mother’s house. She checks the calender, it’s the correct month and day. But wait, it’s a year ahead. Eventually, Lanaree learns that a year ago, Tula and herself fought severely about something to the point where she packed up her stuff and she moved back in with her mother. Lyn's Lakorn Blog

1) This is the fifth lakorn that Ann and Ken have starred in together.