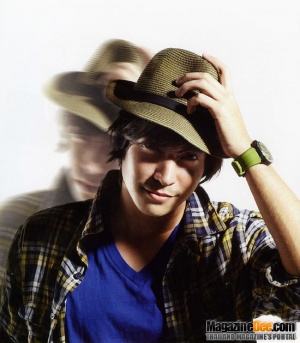 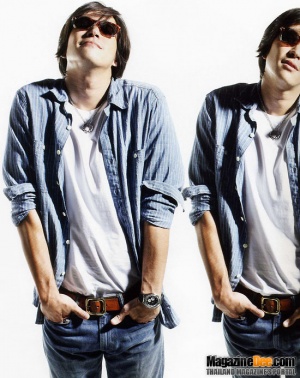 Louis Scott was born on March 4 1982 in Africa. He loves cars .If you live in Bangkok, you may see him at the mall with friends or at the motor show. He's Thai-Scottish. His favorite color is green. He plans to go into the Department of Electrical Engineering and become a electrical engineer like his dad after he finishes school at Bangkok Pattana. But his real dream was to become a drummer for a band. He's only becoming an engineer for his mother. The reason for the break up of Raptor is because Louis had really bad headaches and he felt that the producers didn't care as much as they used to. Joni had been really sick and as you see in the concerts, he would not be as hyper. Another reason why they're breaking up is because they want to go back to school; they missed out on a lot. Louis is afraid of people eating paper. He says "that it hurts his ears". The first time Louis met Joni was at school when they had to sing together. The first words that came out of Joni was "Hey I know you from school". Raptor had 5 albums out, Raptor, Superteens, Waab Boys, Day Shock, and Raptor Goodbye. I hope to some day see Louis or Joni again.