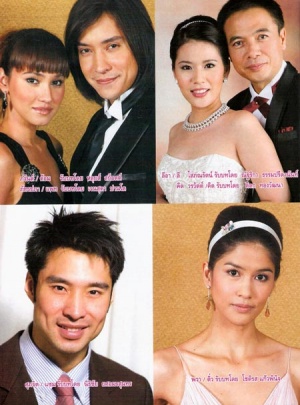 Leela is a young women who liked Kawee, a high class and ignorant young man, at first sight but he rejects her. So she seduces and marries his father. Kawee is filled with hatred because his father keeps on dating younger women and he thinks his father caused his mother's death. Unbeknownst to everyone, the mom died in a car crash caused by Kawee. To get back at Leela, he seduces her innocent younger sister. The revenge backfires on him because he falls in love with his enemy’s sister.

Ken plays a rich playboy, Kawee, who seduces his new aunt-in-law in order to take revenge on his new stepmother, Leela (NamPueng).

Kawee (Ken) looks down on his new stepmother, Leela and her family because he thinks they are no-good gold diggers. He knows that his stepmother only married his father because he rejected her. Her pride was bruised and she wanted revenge. Also, Kawee’s father is very rich.

Narin (Ann) is Leela’s innocent younger sister. Narin is innocently thrown into the war between Kawee and Leela.

Continuing on, later in the story Narin(Ann) is going to be kidnapped by Kawee(Ken). During the kidnapped everyone is worried and because Narin was gone for so long, Leela thinks Narin ran off with another man. During Narin's kidnapping, she is tortured and raped by Kawee. When Kawee is done torturing her, he lets her go. Narin comes back secretly and Leela is suspicious of how Narin is behaving. Kawee slowly falls for Narin and gains more hate from Leela because he knows she has bad intentions to hurt Narin. Narin moves out of the mansion and finds a place to live by herself secretly without telling anyone where she is located. Leela tries everything to win Kawee's heart, but it in the end she doesn't succeed. She also causes Kawee's father to be heart broken and die lonely. But before his death, he changed the will secretly. Leela later finds out about Narin and Kawee's secrete love and starts to act cold against her own blood sister(Narin). Narin finds out she is pregnant with Kawee's child and tries everything to avoid Kawee. But eventually Kawee finds out and tries everything to make her forgive him. Will Narin forgive Kawee for all the bad causes? Will Leela get what she desires to win Kawee's heart? 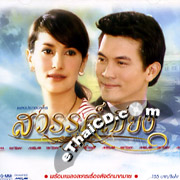