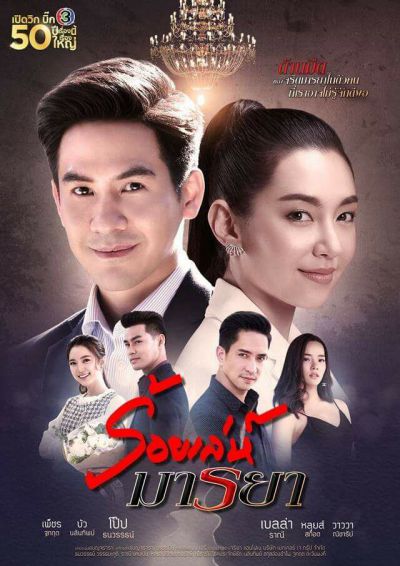 Pitcha is a girl whose personality is confident, modern, and outgoing, moreover, she is the CEO of an organizing company. However, she was really unlucky because her husband was really playboy and throughout her life, she waited for the time that her bad husband turns to a good and loyal husband. When she finally realized that her husband will never change, she decides that she doesn't want to be together with the men with no loyalty and gets pursues a divorce. Ramin is a smart lawyer who is helping Pitcha divorce her bad husband. While Ramin is helping Pitcha, he falls in love with her and finds out that Pitcha was his childhood best friend. Even though Ramin loves Pitcha, Ramin motto for love was not achieving instead it was giving. As Pitcha faces many difficulties throughout her married life, she is really scared to start her new life with love. So will Ramin and Pitcha get happy marriage life at the end? credit by: mydramalist

Pitcha is confident, modern, and outgoing CEO. Unfortunately, her playboy husband does not share her integrity. For a long time, she hoped he would become a good and loyal husband. But when she realized that he was unlikely to ever change, she pursues a divorce. This decision leads Pitcha to Ramin, a lawyer, and her childhood friend. While Ramin is helping Pitcha get a divorce, he falls in love with her. With Pitcha’s failed marriage, she is scared to even consider another love in her life. And Ramin has his own struggles from past relationships. So what will happen to Ramin and Pitcha when fear and uncertainty undermine desire? source: Collin Hypercuz and bumblethunderbeast at MyDramaList