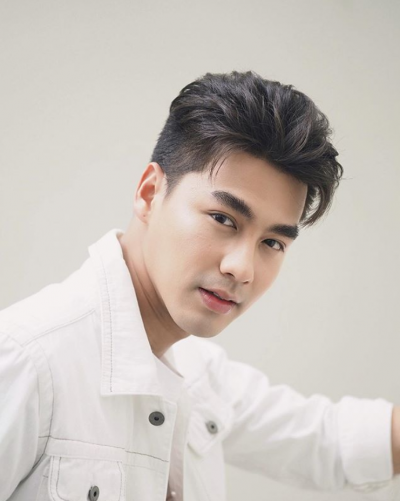 Phet Thakrit debuted into the entertainment world through music videos, but he did not get majorly known until he starred in the the movie Ruk Sood Tai Pai Nah (First Kiss), in which he starred alongside Rotmay Kaneungnij. It is said that Rotmay picked him for the role herself, through casting. He is now signed with CH.3.

He is best known for his lakorns, The Sixth Sense, Bang Rajun, and Krong Kam.

When Phet was a college student, he would often fall asleep during English class because he thought it was boring and did not like it. But now that he has grown up, his mind has changed. He wants to be able to communicate with his foreigner fans and understand them. He practices the language often and tries his best when speaking it. Though his English isn't the best, he's happy to understand his fans more. He thinks learning English is very important.

Phet describes himself as a good-nature guy. Smiles a lot and when angry, it's reasonable enough. Likes being surrounded with people who aren't too serious. Family is super important to him which makes him quite sensitive when having family troubles. He is especially close with his father as he is always seen around him and takes him to almost everywhere he goes.