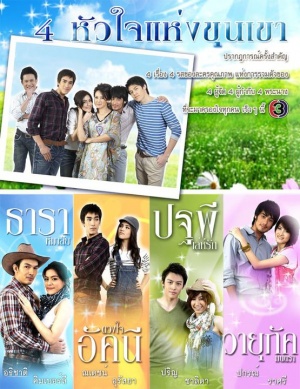 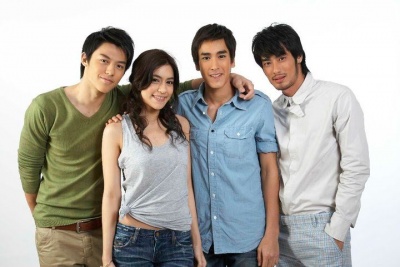 This is Ch.3's biggest project as a Ch.3 40 years celebration. It's a lakorn series consisting of 4 separate but intertwining lakorns: "Thara Himalai", "Duangjai Akkanee", "Pathapee Leh Ruk", and "Wayupak Montra". It is based from a series of 4 books by the same name and uses the same casts for all 4 lakorns.

The 4 lakorns can be separated into different pages, but I think it's better to leave them all in the same page because they're part of one single series. 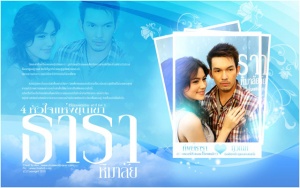 Fate leads Doctor Thipthara, or Nam, the youngest and only daughter of the quadruplets of the Adisuanrangsan Farm to meet and fall in love with Phuwanet. However, Nam believes that Phuwanet is just a worker on her farm although his real identity is that of the Crown Prince of Parawat. In an assassination attempt, Phuwanet was injured and was then sent to the hospital in which Nam became his attending doctor. In order to remain safe, Phuwanet feigned to have lost his memory. Nam is then faced with the struggle of loving Phuwanet and trusting that his love for her is also real because he is a Prince and she is only a doctor from the rural side of Thailand.

How can a foreign girl like Nam can get through the barrier of Parawat's tradition to be with the man she loves? How will Prince Phuwanet get back to his country and claim back what is rightfully his? 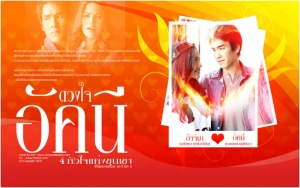 Destined to become enemies due to the rivalry beginning from their parent's generation, Akkanee (Fai) and Ajjima (Jeed) can never seem to get along. On the contrary, Heaven seemed to have other plans for them. After an unforgettable misunderstanding and the rivalry between the two families, their lives were forever intertwined.

The flowers will start to blossom, but can Fai and Jeed destroy the white fence that is dividing their lands and families? Will Thailand's Romeo and Juliet have a happy ending?

2 family farms Akkanee (Fai's family) and Ajjima (Jeed's family) living next to each other. They were once friends, but ever since something happens, those 2 families never got along and always try to compete with each other at everything. Fai (p'ek) and Jeed (n'ek) never got along because of the family problem or misunderstanding. Fai not understanding if he really fell in love with Jeed or just wants to take responsibility for something he did. After his 2 brothers helped him find his answer he realizes he loved her. Fai now promised to himself that he will in any way make his "love" for Jeed work and make everyone realize that "love" can do anything. Jeed and Fai would always tease each other or argue each time they saw each other. Jeed who also fell in love with Fai but would never say it out or demonstrated it, but she knows that it can't happen because of their family situation. Fai is always trying to encourage her that if we never even start to try how would we know? But they face obstacles in their way, a guy that wants to trick Jeed's dad, and want to have Jeed, also Jeed's brother owes money from gambling. Will Fai and Jeed be able to make their love and overcome these obstacles, and will Fai ever forget his first love? Will Jeed and Fai destroy the white fence dividing their land, hatred, and families apart?? Will Jeed ever tell Fai how she feels? Or will Jeed's dad never accept Fai's dads apologies? Will Jeed and Fai get together as a happy ending or will they separate and still have a grudge for each other? 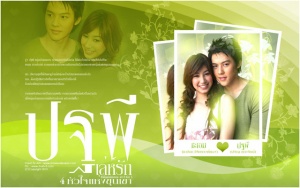 Pathapee, the owner of Thararin Resort has to confront with the trouble maker, Cha-em, a cunning girl who plans to make trouble in his resort. Cha-em is on a mission to destroy Pathapee's resort because Pathapee had hurt Cha-em's parents in the past. They quarrel and conspire behind each other's backs to win the upper hand against the other's resort. Along the way, they find that they have an ever growing attraction for each other and can't decide what is more important, the resort or their love? 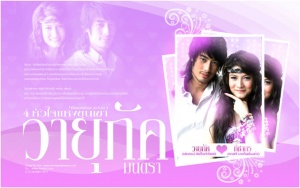 Tichakorn is the Romance novel writer with the pen name "Humming Bird" and she's also the daughter of the sorcerer. She decides to go to research for her new novel in the vineyard. She has never thought that her fate will be changed when meets Wayupak, a playboy and the owner of Sailom vineyard though it's the terrible first meeting between them.

Tichakorn has sixth sense and she sees that Wayupak has a female spirit who keeps following him everywhere, so she tries to tell him, but he doesn't believe her.

In Wayupak's thought, Tichakorn is a nonsense and meddlesome girl. But he doesn't know since when she has been in his heart and he can't let her go.