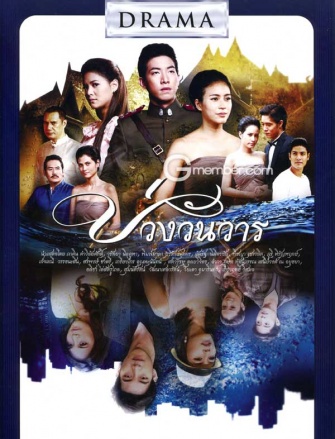 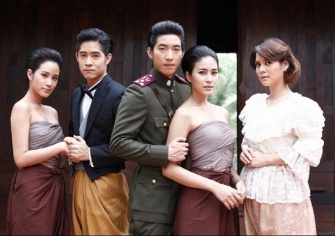 status. She and her father are indebted; therefore, she becomes the collateral to their debtor as a slave. They have already

developed feelings for each other but their relationship is impossible because they're two worlds apart. However, that doesn't stop

him from pursuing her.

Chud (Tono), our pra'ek, lead guy, hero, falls head over heels for the beautiful, sweet, and kind Bua (Jui) but is arranged to

marry Pitt (Pim), the daughter of a wealthy and prominent businessman in town who also happens to be Bua's father's debtor. Of

course Chud doesn't want to marry Pitt because he already loves Bua but when he finally confronts his father about it, it is too

late. Pitt is confident that Chud will marry her and is unaware that he and Bua are in love. When Chud calls off the

engagement/wedding, Pitt is extremely pissed, disappointed, and embarrassed because everyone in town already knew about it

causing Pitt and her father to "lose face". Soon enough, Pitt learns from her loyal servant, Duang (Pin), that Chud already has a

lover and later finds out that it is Bua. Pitt tortures Bua, along with Noi (Fang), Bua's sincere friend who is also a slave.

Seeing that the situation has worsened, Chud, with the help of his younger brother, Chai (Ak), stir up plans to free Bua and Noi.

Finally, Bua and Noi escape from Pitt's torture. Chud decides to take Bua away for awhile until the situation in their hometown

is better while Chai and Noi stay behind watching tearfully as Chud and Bua sail away in a small boat. Chud and Bua make it about

halfway until they run into and hear a woman's cries from a bigger boat. Chud and Bua enter the boat expecting to find a woman

who is in labor when it is actually Pitt faking and setting the scene. Pitt chains Chud and Bua together and stabs Chud in the

stomach. Then, she tied a rock to their feet and threw them into the river to drown to death.

Fast forward many many years later into the next lifetime, they all meet again and the next chapter starts...