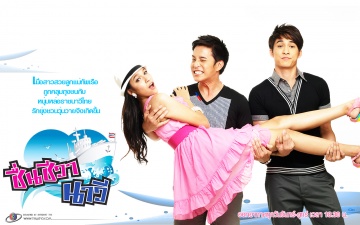 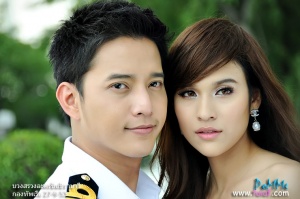 "Captain Nawin" is the captain of the "Sri Siam" Warship, which is the most modern and greatest warship in Thai Navy. Nawin is a hard-working young man who has been promoted quickly and has bright career path. Nawin is a son of "Sergeant Nil (Jah Nil)" and "Mae Leab". Jah Nil used to be a servant in the house of the Navy commander-in-chief.

One day when Nawin was young, he went to the cammander-in-chief's house and met his daughter, "Khun Noo Pichanika", who was a very little child. Nawin hugged her with mercy but Nawin's mom "Mae Leab" was so angry that Nawin hugged her commander's daughter. She blamed Nawin and called him as "menial son". Nawin was so furious and vow with himself that he would never be a "servant" sergeant like his dad. Nawin strived to study hard and he was be able to get into and graduate from the cardet school. Nawin has a very hard belief that he would never serve the commander-in-chief and would never want to have a high-ranking person like that to be his father-in-law.

"Pichanika" or "Khun Noo Eed", the commander-in-chief's daughter, has grown to be a very beautiful and attractive girl.Her parents sent her to study in foreign country and once she gets back, she becomes spoiled and flirty.

However, in Pichanika's birthday party, she meets Nawin by chance and they have a crush on each other without knowing each other's name. But after the couple learn each other's identities, they are so surprised and start to put their guards. Both of their parents, Pichanika's nanny "Mae Jiam", and others in the navy, are trying to plot a plan to get them together. Their plan is to create a situation to get Pichanika to stay on Nawin's ship and cannot go back to land, so that the couple can spend more time together and to finally fall in love.