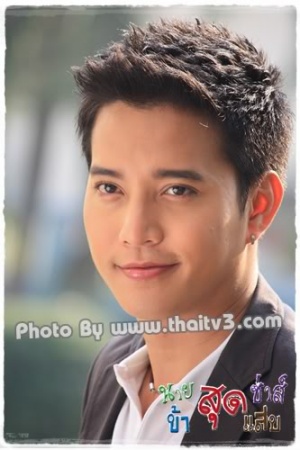 Kiatkamol Lata was born in Bangkok, Thailand to a family as an only child. He graduated from Rajamangala University of Technology Phra Nakhon with a bachelor's degree of Business Administration (Majoring in Finance). After graduation, he worked at Thai Health Promotion Foundation, where he was part of the team to promote an "anti drink-drive" campaign – he worked there for three months, then decided to audition for Academy Fantasia Season 3. Academy Fantasias In 2006, Kiatkamol auditioned for Academy Fantasia Season 3 and became one of the final 12 contestants to participate in the show. His run on Academy Fantasia was considered one of the most successful runs in the history of Thailand's Academy Fantasia, as he was one of the three persons who never been at the bottom three (the others were Jeen AF1 and Good AF5) from 72 contestants of Season1-5. Kiatkamol is also considered one of the most successful artists from reality contests in Thailand. *Surprise of the Season Thailand's Academy Fantasia has always been famous for creating surprises for their fans. Surprise of Season 3 occurred on Week No. 6 when the host, Toi-Settha, announced that Kiatkamol was to leave the show. As Kiatkamol being one of the frontrunners of the season, this so-called elimination shocked the whole audience. However, Toi-Settha then revealed that Kiatkamol was to leave the show for a few days only and that was because he won the highest number of votes of the week. Kiatkamol was rewarded with a trip to Hong Kong with his mother, and to visit Hong Kong's major TV Station, TVB where he participated in a promotional event with Ron Ng Cheuk Hei, a Hong Kong actor and singer.