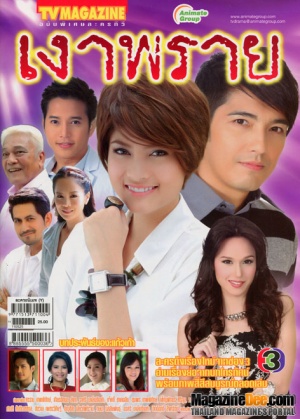 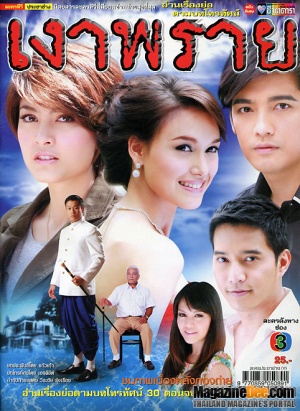 "Sakkaya" or "Tan" came back to Thailand to get his grandfather's possession, which is an ancient house. In his grandfather's will, his grandfather told him to sink all the ancient properties in the storeroom. However, Tan found a very beautiful ancient earthen jar so he kept it secretly. Tan broke the jar accidentally so there's a "Prye"(Spirit) coming off. Prye had special power -- it can create everything. Prye told Tan to ask for anything he wanted, but he had to bring something to Prye to exchange -- thai is, a person's life.

Tan has a close friend named "Ratchata", who has a perfect life. Ratchata is an heir of a millionaire, the owner of a large interior design company. Ratchata helped Tan when he was unemployed by offering a sales position to him. Ratchata also has a charming wealthy girlfriend named "Pimprasta" or "Pim". Tan likes Pim and feels very envious of Ratchata. He isn't satisfied with his life and wants to win over Ratchata. Tan then asks Prye to snatch Pim from Ratchata. Prye help making Tan to become rich, Ratchata's dad to die, and Ratchata's business to become bankrupt.

Pim is spoiled and materialistic. When Ratchata becomes poorer, she leaves him and gets married with Tan instead. Ratchata feels sad about that but he has to restore his business so he shifts his focus to his works instead.

Ratchata has an assistant named "Wassa" or "Rain". Rain is an active and confident interior designer. She works with Ratchata since the business was in good-stand and still stays with him in the hard time. Rain's grandfather is a close friend of Tan's grandfather, and knows the story of Prye very well.

Tan's greed make Prye becomes more and more powerful, and many people have to die in exchange of things Prye gives to Tan. Tan has changed from an upright gentleman to be a new one who is being overshadowed by Prye. At the same time, Ratchata and Rain start to have good feelings toward each other.