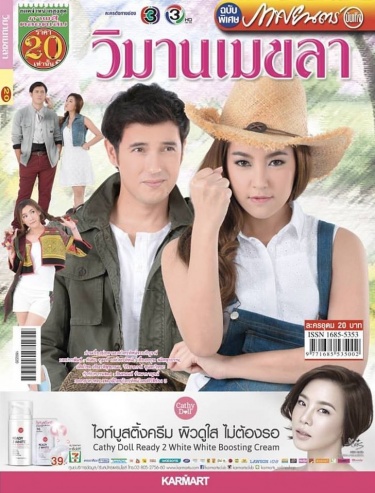 Mekala (Bella) was raised to be a spoiled brat by her aunt who resented the fact that her sister and brother in-law left Mekala in her care while they worked. After they died, Mekala was continued to be raised by her aunt in the same spoiled way as always. Mekala got to be a celebrity years later. Meanwhile, Paya (Andrew) advocated for trees to be planted in the village after his father died in a flood. The forest owner admired Paya's passion and made him manager of the forest operation. The village needed a teacher so they aranged for a teacher named Prim to teach there. The forest owner passes away and Paya finds out that Mekala's father is his half brother so he writes a letter to get him to come see the forest. Mekala is in need of money after her career fails and her endless spending so she decides to go to the forest and sell it to Paya's worst enemy, the man who wants to chop the forest down. On the way to the forest, Prim is Mekala's biggest fan and they ride the train together. Mekala ends up giving Prim a makeover and gives her her clothes and Mekala wears Prim's. Paya is confused seeing them thinking one of them is the other but they settle that immediately. However they get into an accident and Prim dies. Everyone assumes the person who died was Mekala due to the fancy clothing and Paya decides to keep quiet and when the real Mekala loses her memory, he tells her that she's Prim. However even with memory loss she is still a brat at heart and eventually the people there cause Mekala to fix herself and she becomes a selfless person. The Sia who wants to buy Mekala's forest has a daughter and she and Paya are friends. Mekala becomes jealous and uses to Aran, who works at the village, to make Paya jealous. Paya and Mekala play a game of jealousy with other another until Mekala reveals that she has feelings for Paya to Paya and Paya denies that it's love and his feelings for her. After a drunken night celebrating a villager's wedding, Paya ends up sleeping in Mekala's room and before Mekala realizes that Paya is there, she gets into bed with him. Paya pulls her into his arms and reveals his feelings drunkenly and kisses her until Mekala gives into him and they sleep together. The next morning, Mekala finds Prim's ID card and realizes that she isn't Prim. She plans to confront Paya but Sia hires people to whack her in the head and she remembers everything and fires Paya and goes back to Bangkok. Mekala comes back to the village and plans to seel the forest to Sia. Her two faced and greedy boyfriend Jackie also comes with her. Mekala finds that Paya is sick and lives in a shabby hut. She takes him to the hospital and takes care of him despite Paya being pouty and stubborn with her. Jackie arrives at the hospital and is rude and Mekala asks him that which is better, a husband or a boyfriend and Jackie says husband. Mekala reveals that Paya is her husband and kicks Jackie in the crotch. Paya and Mekala can now be together as Mekala is now a changed woman and loves the forest just as much as he does.