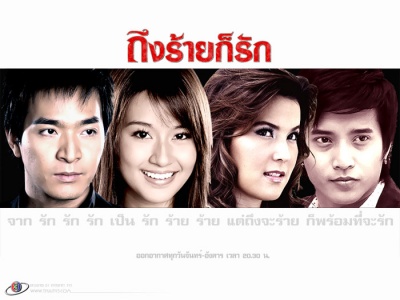 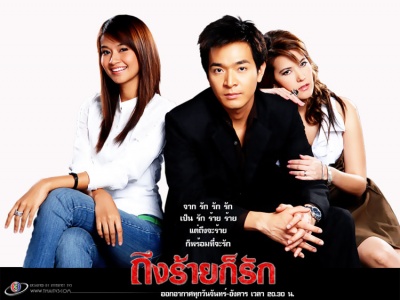 Win (Paul Pattarapon) , Na (Namfon Patcharin) and Tong (Tui Kiatkamol) are friends since the first day they met in the university. Win and Tong fall in love with Na at first sight, but Na only loves Win. Tong is forced to suppress his feelings and unwillingly he wishes them well. Not known to many people, Na has a dark past with her sister, Nee (Tanya). When Na was still in high school, Nee had rescued Na and ended up being raped by gangsters which caused Nee to have a mental problem since then. Nee has her eyes on Win and does everything she could to win his heart. Win and Na’s relationship ends, when his mother forces him to marry another rich girl, Mon. Na decides to date Tong, but Win always tries to win her back. Everything falls apart when Mon dies and Win thinks Na is the murderer… Credit: rtn1212.wordpress.com

Tanya play as Namfon's older sister who is in love with Paul and ask him from Namfon. Paul and Tui are best friend who both are in love with Namfon but she and Paul are in love. So Namfon became the cause of the arguement between Paul and Tui. Who announce war to eachother. Namfon's character is strong to others but not to Tanya. I guess she let her sister have what she wants. Tanya protect Namfon from not getting rape and she got rape instead. and became pregnant and got an abortion.So she became mentally ill.

[Synopsis is wrong, so if anyone is willing to re-do it please do so. Thanks!]