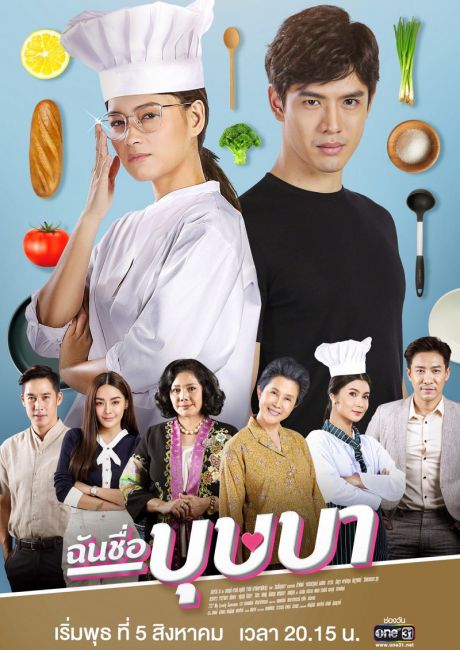 Bussaba, 35 years old woman who hope to find a man and begin her happily family, is good at Thai dish cooking. Learning it from ancient recipe of Rumpai. Unfortunately, she was fired by her head chef with it, later can know that Tos, her boyfriend's cheated on her. They finally break up. She run away and hide on men restroom by subconcious for crying. Meeting Sarun who insult her while being there. Actually, what happened to Bussaba and Tos is in sight of him. Sarun was set by Surasawadee, his mother to meet some girl at this reataurant. He need to suggest her to leave that worthless love. Sarun's mother need him to mange family business but he decide to run his Thai food restaurant, require new chef to take a place of old one who suddenly quit. One day, Meeting Bussaba who roam around his reataurant, after that accidentally eat the dish that made by her. He decide to accept Bussaba as chef on his restaurant. Bussaba go on date with some guy but Sarun stop it by telling that man that he's Bussaba boyfriend. She is so sad, then being intoxicated with drink. Sarun must take her to his condo room. Next morning, His mother see them, not accept their relationship. Sarun make her offer to be his fake girlfriend with a lot of money. She need money to pay a montage for her house, so accept it. Suddenly, Cherlin, Sarun's ex who left him without reason, come back to ask about their love. He refuse it in order to not hope in love, still mad at her. His relationship with Bussaba slowly develop to romatic and she feel something to him. Meanwhile, Sarun's restaurant beome more famous because of the dish by Bussaba. She can get along well with Pao, head chef but not with Tarn. Eventually, he know the reason of Cherlin's departure, she's had bad disease, and went to aboard for treatment. He understand, and back to be with Cherlin that make his relationship with Bussaba is worse. Sarun decide to cancel his offer with Bussaba. She require to quit because of heartbroken. Going back to live with her mom and grandmother. Sarun feel sad when Bussaba isn't there anymore. Whenever Sarun know that some guy will hit on Bussaba, will feel angry without reason. Seem like she will be back with her ex. He always follow and stop her date with any man especially with Kim. Cherlin start to feel suspense on Bussaba and Sarun. Sarun decide to confess his feeling to Bussaba and back to be Chef at his reataurant. She feel insecure when he can't cut off Cherlin so decide to tell him solving this thing properly before ask her on date. Bussaba decide to run her own restaurant, feeling suspense about Sarun's disappearance after he can go along with his mother and grandmother, decide to go to him at condo . . . . . At there, Seeing Cherlin in Sarun's embrace. They enter the room in front of Bussaba. After that Sarun doesn't contract her anymore. How is their age-gap love relationship going? Please look forward and cheer on them. credit: mydramalist