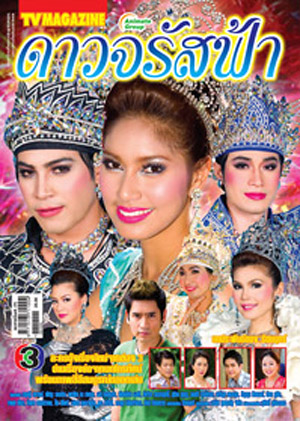 Dao (Benz) and Fah (Fon) are two sisters from the “Sao Noi Phet Baan Paeng” likay band, their father Ken is the owner. Dao and Fah are both active members of the band, they sing and act as nang’ek for the band’s live shows.

One day something unexpected happened, Ken collapses on stage and falls ill. He was overwhelmed by the fact that his shows were being sabotaged by Busaba, owner of the “Nu Paan Wiset Sin” band.

Busaba hired men to cause havoc and lure audiences away from the “Sao Noi Phet Baan Paeng” shows.

After shortly falling ill, Ken dies. Dao blames Busaba and his band for her father’s death and decides to go undercover to learn more about his evil deeds and to get revenge. She auditioned to be the new singer for the “Nu Paan Wiset Sin” band. Dao impressed them with her lovely voice and they gave her the leading nang’ek role. Patree, Busaba’s daughter is a little jealous that Dao got the lead part, during her time with the “Nu Paan Wiset Sin” band, Patty continuously harassed Dao in hopes that she would quit.

During her 1 month stay with the “Nu Paan Wiset Sin” band, Dao falls in love with Pon (Rome), the band’s leader. The more Patree abused Dao, the more Pon felt pity for her. Pon also admired Dao for enduring the abuses and not quiting. They develop a close relationship.

For that 1 month, Dao trains hard in singing and acting for the “Nu Paan Wiset Sin” band. She learns all of their songs.

Then comes the likay competition night, Dao ditches the “Nu Paan Wiset Sin” band, leaving them without a singer and sings for her band, the “Sao Noi Phet Baan Paeng”.

Pon is devastated when he learns the truth. Before the competiton, he confessed his love for her. Ouch!

After the competition, Dao and Pon became enemies.