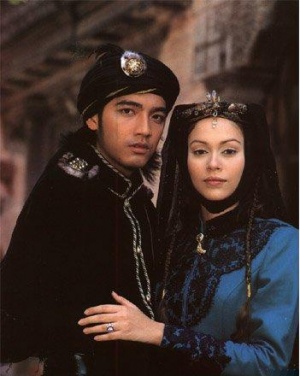 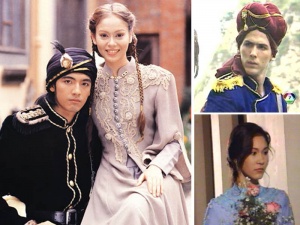 In the beginning Gaewalin's father wants her to marry Runsiymun, but she hears all these stories[the bad ones, like he kills people for no reason, he is evil]. It makes her scared. The reason that Gaewalin was being forced to marry Runsiymun was that their kingdoms/countries were neighboring countries. At the time there were three powerful countries all near each other. Her father is the king and he wants his country and Runsiymun's to be united. *Like an alliance* So that if a war was to break out his kingdom would he stronger than the one remaining by itself. So on the day that Runsiymun was going to pick her up she rides her horse away... One day when Tatsiga is riding away she gets lost and it's dark. Runsiymun is there and he drugs her and she faints. The day before, Runsiymun was supposed to pick up Gaewalin, he went to Gaewalin palace and saw her dropping off her mother. Runsiymun has always been secretly in love with Tatsiga. He fell in love with her the first time that he saw her. He has spied on her many times before. After she fainted he takes her to his kingdom. At first Tatsiga really hated him, they eventually fall in love. As for Gaewalin was saved by Oliver and stayed at his kingdom. They also eventually fall in love with one another. Finally Runsiymun takes Tatsiga back to her kingdom personally. In the end it shows Runsiymun on a horse returning home after staying in Tatsiga's palace because he was injured when returning Tatsiga home. It shows Runsiymun saying in his head that he'll be back for her and then the screen splits and shows Tatsiga staring from her window at her palace thinking to herself and knowing that he will be back.