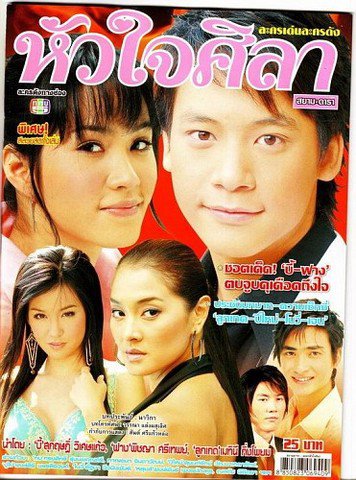 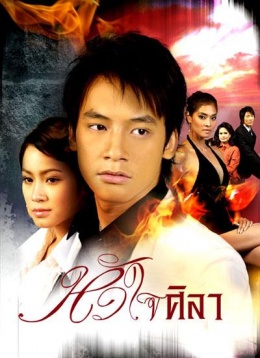 Tor is a love child of a mistress and a wealthy hi-so man. However, his wife at the time and her son make life for Tor a living hell. As a result he finds solitude with his only friend Minta, who also suffers neglect at the hands of her so called mother and sister. His father's wife ends up killing him, though he is alive. He is taken under the wing of another prostitute who knew his mother and goes on to become, Sila.

Sila is a pimp who returns to avenge his mother who died and to get revenge for the torture and pain brought to him by his stepmother and stepbrother.

Hua Jai Sila: In this drama Bie plays a love child, “Tor” who is forced to live with his father’s family after his mother dies from neglect. Abused by his step-mother & step-brother, he turns to the girl-next-door, “Mingta” (played by “Fang” Pichaya Srithep) and develops a bond. One night, while being chased by his step-mother, “Tor” jumps into a river and is presumed dead. Years later, he returns as a notorious, rich pimp named “Sila” and is intent on revenge.

Sila's main goal is to hurt the people that hurt him as a child, but he never expected to see the only friend he ever had as a child, Mintha. As soon as they see each other, she realizes that he looks familiar to her, but she can't figure out why. She sees him carrying a pregnant woman to the hospital, and being her nosy self, she decides to investigate. She ends up bumping into him and they both fall on the ground, long enough for her to notice a ring he wears around his neck, and she immediately comes to the conclusion that he is her P'Tor, her childhood best friend that supposedly died. Of course, he denies it, because it's all a part of his revenge plan. While he begins his plan, by starting with his older half-brother, Ae. He wasn't planning anything until he found out Ae was responsible for hurting a woman that worked for his aunt, and after she committed suicide because of him, he set his plan in motion. He asked his friend, Mee to help him get to Ae.

Meanwhile, Mintha desperately wants to prove that Sila is Tor, especially because he started showing interest in her sister, Minkwan. She knows he'd never like Minkwan, because of how she treated Tor when they were kids. So she ends up stalking him, knowing that the only way to prove who he really is is by seeing if he has a scar on his chest, from when he got hurt as a little boy. She'd follow him everywhere, even into the men's locker room, and peep at him while he is showering.