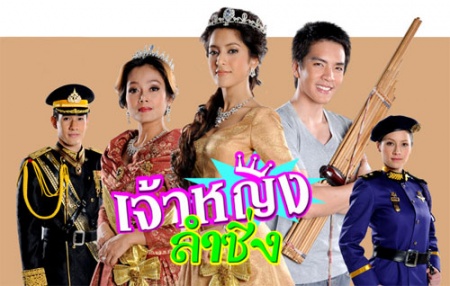 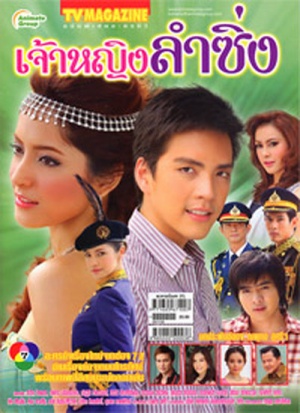 Jao Ying Kwanwarin is a princesses who is bored of her life of being told what to do and having people follow her every move. She escapes at night sometimes disguised as a boy to go out and live the life of a normal person.

Nawee is a traditional Thai musician (Lum Sing) style of music. He's trying to mix traditional and modern music together, but is not successful. He is asked by his former teacher to return to take over Lum Sing Tong. The place is in debt and they need to figure out a way to pay the loan sharks and start making Lum Sing popular again.

The story opens when Jao Passakorn and his mother are plotting to take over. He drugs Jao Ying Kwanwarin but he is unsuccessful and gets stabbed by her body guard Rasamee. The punishment for stabbing royalty is death, so Rasamee and Kwanwarin escape. While they were escaping Warin ends up meeting Nawee again. One night out the Rasamee and Kwanwarin get seperated. Henchmen of the Jao Passakorn injures Rasamee and finds Warin. Warin ends up bumping her head and loosing her memory. Nawee feeling bad takes her to live with him at the Lum Sing Tong.

With no memory, Warin dreams that she was a Lum Sing singer and starts learning to dance and sing. She becomes good but is also bullied by Khun Gumlai (dance teacher) and Khun Rot (Lum Sing singer). Misunderstandings occur but Warin is always kind hearted and forgives.

Time passes and Lum Sing Tong is still in debt so Warin and Nawee go to the city to find a friend of their teacher, but unfortunately he past away already and all he leaves them is sheet music. Nawee writes the words for the music words from his heart that are meant for Warin. The song becomes a hit and Warin becomes a popular singer.

Eventually Rassamee ends up meeting Warin again and she eventually tells her who she really is. Torn for her love of Nawee and being a singer she realizes what her duties are and after her last concert she returns home.

In the end they realize that Kwanwarin is being used by Jao Passakorn and his mother and they go undercover to try to break her out.