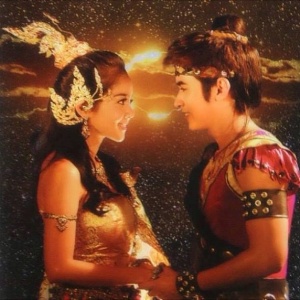 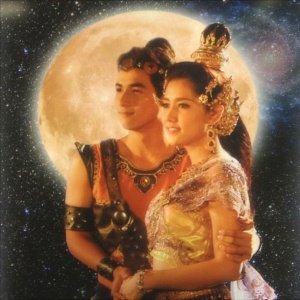 Juntrakat and Suriyakat were teps in heaven along with Leelawadee and Songkhataewee. In order to impress the girls that they liked, Suriyakat went and took Ong In's pearl and dropped it. Ong In awaking upon the disaster, punishes the two by sending them to be reborned to earth and as well with Leelawadee and Songkhataewee. The two are suppose to find two plant seeds and help out kingdoms. All the four meet when the were younger. When they grew up, Juntrakat and Suriyakat were always together and Suriyakat is always protecting his younger brother. They got seperated one day. Juntrakat met Leelawadee but she wasn't happy cause she thought one time that he was going to rape her. Juntrakat ended up helping out Leelawadee and her kingdom from warfare.

Suriyakat on the other hand, got caught up in Songkhataewee's kingdom and was said that their princess Songkhataewee was ill. So Suriyakat went and helped cured her. When she awoke, she begged her father to give in her hand in marriage with him. Suriyakat can't stay in her kingdom so Songkhataewee goes with him. They get seperated on the ship during a storm made by Ong In...

This is a remake version of Suriyan Juntra สุริยันจันทร. The latest version was made by Ch3. Suriyan is the name of praek and Juntra is the name of Nangek. Suriyan and his brother both were given some life revival plants that can help revive the dead back to life. But in this new version, they changed it up. Juntra and Suriyakat were gods, but where sent down to earth to find Pra In's magical pearl, which they made it drop down to earth.