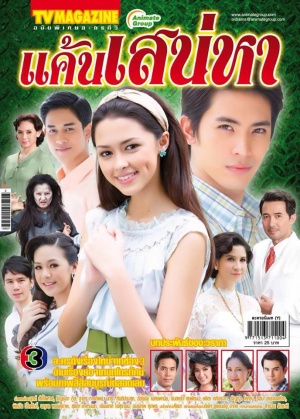 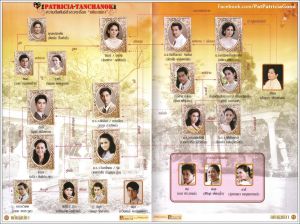 Than Chai was first in love with Bulahn, but was forced to marry Than Ying Khaekhai. Than Ying has never allowed Than Chai to sleep with her, forcing Than Chai to seek out Bulahn. Taking Bulahn as a mistress, Than Chai bestows upon her the title of Mom once she is pregnant with his child. Than Ying is upset and cries to her royal maid, Feung, about Than Chai's absent in her bedroom and her infertility. Once Bulahn is about to deliver Than Chai leaves the province for work giving Feung time to snatch Bulahn's child after delivery and attempt to kill Bulahn. After Bulahn gives birth during a stormy night, Feung tells Yord to take Mom Bulahn out to the middle of the lake and dump her, while Feung brings Bulahn's son back to her mistress. Once Yord is out in the middle of the lake, the boat begins to sink. As Yord tries to swim away leaving Bulahn to struggle in the boat he hears a baby's cry and turns back to help.

Yord, Bulahn and Roong eventually makes it to shore and arrives at Chat's home, Chat's mother has just given birth also, but due to her weak health she dies. Chat blames his mother's death on the arrival of Yord, Bulahn and Roong. Yord pretends to be mute and deaf, while Bulahn never speaks about her past, leaving Pott(the owner) and his mother to care for the three.

After years pass, Chat still hates these three and takes his anger out on Roong, but what will he do as he starts to realize how much he loves Roong even through all the misunderstandings.