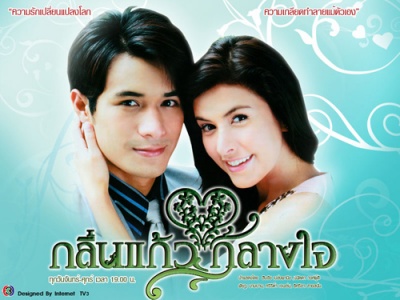 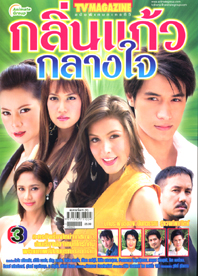 Mesa gets married with Orachun and realizes later that he is in love with Jitta. Orachun and Jitta had an affair and she gave birth to a daughter. Mesa is vengeful and jealous of them, so she switches Jitta's baby with a prostitute's baby.

Many years later, Apo, the prostitute's baby, grows up in the noble and rish family while Prapai, Jitta's real baby, grows up in the orphanage. With hatred, Mesa gradually poisons Orachun and he dies. When Jitta knows, she sends someone to exchanged his ash bottle and brings his ash to spread under the Orange Jasmine tree near Klin Kaew House on the island that Orachun had built as a symbol for their love.

Mesa adopts Prapai and treats her as a servant. No matter how many times Mesa is mean and cruel to Prapai, she still loves Mesa as her mother because at least Mesa supported her to study and to graduate from Nursing school.

Later, Mesa befriends Jitta and sends Prapai to be Apo's servant because she wants to see Jitta's real daughter to be treated as a servant in her real mother's house.

Jitta's family and Akkee's family are bound by business, so they want Apo, Jitta's daughter and Asanee, Akkee's son to get married. Apo tries to oppose it because she has a boyfriend named Johnny. Same with Asanee, he refuses this marriage and is very angry at his father. They quarrel until Asanee gets into a car accident. Akkee dies and Asanee becomes blind.

Panu, Asanee's uncle, wants to possess their property and business, so he plans to make Asanee sign the document to assign authority to him. Panu also forces Asanee to sign the marriage registration with Apo and sends him to Klin Kaew House on the island. Apo resists to go to take care of a blind man like Asanee, so she conspires with Mesa to send Prapai to go there and pretend to be his wife instead, and Apo sneaks away to be with Johnny, her boyfriend.

At Klin Kaew House, Prapai unwillingly pretends to be Apo. Asanee thinks she is Apo, so he hates her because he blames her for causing his father's death. Asanee tries to tease her all the time. However, although she wants to run away from him, Prapai patiently tries to take care and help him do everything by himself as a blind man can do. Finally, they fall in love with each other. Asanee is encouraged by Prapai and he wants to go back to Bangkok to have the cornea surgery.

Mesa conspires with Johnny to make Apo addicted to drugs and flees her. When Apo realizes this, she heads back to Bangkok to her mother's home.

After Asanee's surgery, he gets well from blindness. He thinks that Apo is a girl who took care of him at Klin Kaew House. Mesa pretends to help Apo from drug-addiction and persuades her to be good to Asanee. Prapai can't say anything but just secretly look at Asanee from a distant and secretly take care of him with her broken-heart.

Later, Asanee can feel that Apo is different from the girl who took care of him on the island, so he tries to prove it and seek the truth.