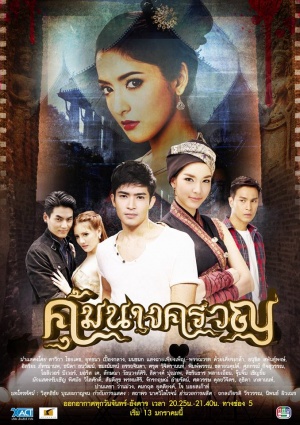 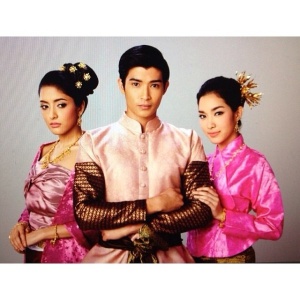 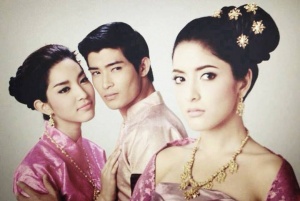 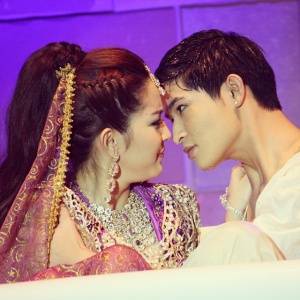 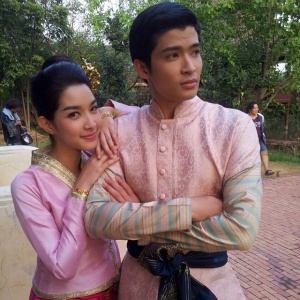 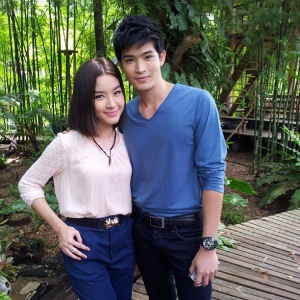 Wieng Kaew Village is around 200 years-old. A 70 year-old man named Jao Kettawa is the leader of this village. Wieng Kaew is a very beautiful place, but nobody else knows that there is an abandoned village just 2 kilometers away from it. Rumor has it that it is haunted. Teens used to go on a dare and fled out of sheer terror. But in reality, there are drug dealers staying there. They created the ghost rumor in order to keep people away from the village.

A lakorn director named Tapakorn and his producer wife, Madam Su, receive an order from the station to film a period lakorn. Threepop (Toomtam) is playing as the male lead. Threepop has a best friend named Kaew (Oh Anuchyd) who works as a novice writer. Threepop suggests that Kaew should write the script for the lakorn.

One night, a storm breaks out and a lightning strikes the abandoned village. The drug dealers find a hidden crypt afterward. A fight breaks out and the drug dealers fight among themselves. The blood from the dead dealers seeps into the crypt which causes spirits to wake up. There are Jao Nang Yodlah (Pinky), along with two servants Pun and Peun. Yodlah has been for the love of her life to come back, and that man is Threepop.

Pimdao (Mo) is a good-natured villain actress. She lives with her mother, Jantra, a religious college professor and her younger sister named Pimdeun who is a history major senior at the university. Pimdao runs into Threepop at an event which causes the two to misunderstand one another. Malarin (Grand), a new lead actress with an innocent reputation but is a complete opposite in real life, has a crush on Threepop. She asks her successful manager, Bebe, to help out so that she can act alongside Threepop.

Kaew submits the draft for a mini-series love triangle lakorn titled “Nang Kruan Village” to the station. It is a story about two Jao Nangs and a young man from the south. The station approves the draft and orders a full script right away. At first, Tapakorn is afraid that Kaew would not finish the scripts on time because he is known to be a slacker. However, Kaew finishes the script in just three days. The team members are satisfied with the scripts and begin casting. Threepop suggests casting Pimdao as the female villain because he wants to continue messing with her.

Tapakorn visits Wieng Kaew District to use that place as the settings. Elder Tada comes to great the film crew and Kaew mentions that they should stay at Wieng Kaew Village during their time here. Tapakorn chooses the village to be the lakorn setting. Kaew also suggests various places the cast and stay during the filming. And even though that residents say that the place is haunted, Madam Su does not care because the expenses will be lower and it’ll mean more profits for everyone.

Tapakorn plans to use Wieng Kaew for all the settings be it the village, the jungle, the hot spring and more. He plans to build more sets as necessary. The time frame from the filming would be one month. Bebe causes a fuss when he finds out that he’ll need to be out of the city for such a long time. Malarin wants to get closer to Threepop so she is willing to do so.

Pimdao gets ready to travel to Wieng Kaew. As Jantra meditates, she gets a vision of lands and crows. She gives the flame tiger fang to her daughter as a precaution before she leaves the city. Both Threepop and Pimdao feel that the village is strange. Rumor about the place being haunted is kept silent on Tapakorn’s order. Rashane, a well-known celebrity who happens to be a drug addict and is one of members Elder Tada’s gang. He is able to charm Madam Su into giving in a role in the lakorn. Rashane begins to have feelings for Pimdao and she is being very nice to him. This causes Threepop to get upset out of jealousy.

Tapakorn and Madam Su intend to have a very small open ceremony to begin filming but Bebe brought the crew from Ghost Hunters television show. All of a sudden, a corpse fall in the middle of the ceremony, the two hosts scream and flee back to Bangkok. Malarin uses this opportunity to act terrified so that Threepop will take care of her.

During the filming, Yodlah is unable to see Pimdao because of the flame tiger fang. In return, she shifts her anger towards Malarin. Thus, strange accidents keep on happening to her. At first, Bebe misunderstand and thinks that Pimdao is the person responsible. Eventually, the crew feels that there is some dangers out there that they cannot see.

That night, Yodlah hypnotizes Threepop. She sends an evil horse carriage to pick him up. However, Malarin sneaks in to see Threepop and gets brought along with him. She sees that the carriage takes them through a closed of vines that opens up to reveal an abandoned village near water. Yodlah hypnotizes Threepop into believing that the village is beautiful. She plays a love song that he wrote for her in his previous life. Malarin screams when she sees Yodlah which wakes Threepop up as Yodlah disappears. Threepop brings unconcious Malarin back to the village. Pimdao sees the two and thinks that they had slept together. However, Malarin is in shock after seeing a ghost that she needs to be hospitalized. Pimdao feels sorry for her so she decides to give the flame tiger fang to Malarin. Malarin’s condition improves right away.

Since Pimdao no longer has the flame tiger fang, Yodlah is able to see her. She realizes that Pimdao is Dararai, the woman who stole the man she loved away. Full of vengeance, Yodlah shows up in Pimdao’s dream. She hypnotizes Pimdao into remember her past. Pimdao wakes up realizing who she was, a woman that had stolen Threepop away and killed Yodlah. And now, she is being haunted by Yodlah.