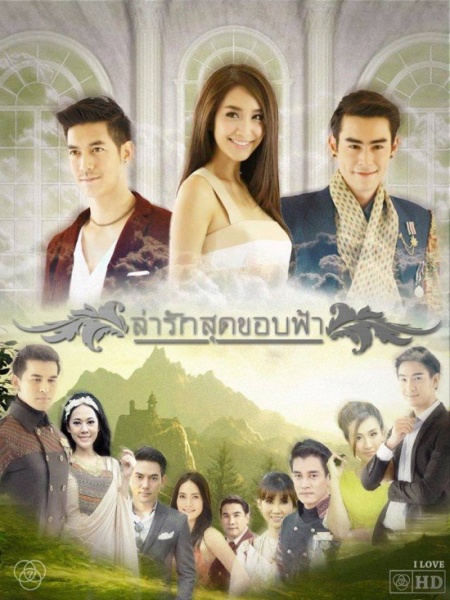 Mattana (Min) is the young and beautiful royal descendant Mom Ratchanigoon from Thailand. She is forced by her parents to marry the prince of Raya, Prince Makee (Louis), to fulfill a promise made between Prince Makee's father, King Inthra, and Mattana’s father, Thammarath, while they were university students. Mattana refuses to marry a man she hardly knows and loves. When Prince Raya’s royal bodyguard, Kamin (Weir), goes to Thailand to pick Mattana up, she disguises herself as Kaew, the horse face, and tries every trick in her book to get loose from having to go to Raya and get married to the prince, including telling Kamin she has androphobia. Her fear of men was due to an incident where she was once kissed so hard and forcefully that she almost died from asphyxia. Despite not believing her, Kamin goes along with Mattana and spends more time with her to find out what type of person she really is. However, the more Mattana gets to know Kamin, the more she finds herself falling hard for him.

At first, after seeing the disguised picture of Mattana, Prince Makee finds her face repulsive and becomes adamant that he won’t marry her, but King Inthra orders Prince Makee to go to Thailand to see Mattana in person. After seeing Mattana as a beautiful and proper young woman he becomes enchanted by her beauty and demands to get married to her as quickly as possible. Mattana has no choice but to escape as far away as she can, but Kamin follows her. Mattana explains to Kamin that she can’t marry the prince because her heart is with another man and that man is none other than Kamin and once she loves someone she will love that person until she dies. Kamin is shocked to hear that Mattana feels the same way as him, but due to his loyalty to the prince and the Kingdom of Raya Kamin keeps his feelings to himself. Kamin convinces Mattana to go to Raya and she agrees. Once there Kamin tries to paint himself as a bad person and an unfaithful man to push Mattana away so she can give up her love for him and agree to marry the prince who told Kamin he'd rather die than live without her. Will Kamin find a way to reciprocate Mattana’s feeling or will he continue to hurt her and himself for the sake of loyalty? How will the love between Kamin and Mattana overcome obstacles? We’ll have to wait and see in 2014.