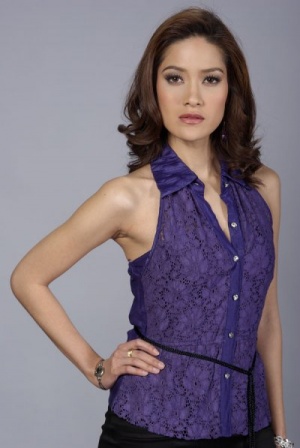 About (Delete this and Add name/nickname)

Noon is the older sister of Ploy Chermarn Boonyasak. She is best known for her role in Last Life in the Universe as Noi. In 2001, she decided to take an acting/directing course at Srinakharinwirot University. It was there that she learned how to act without over-acting, like she had been doing in her previous 20-odd soap opera roles. She spent some time as a television host and was taking a Thai cooking class when she was approached by Pen-Ek Ratanaruang for the role of Noi in Last Life in the Universe, a role which kept her from quitting the film business altogether.