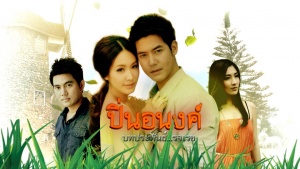 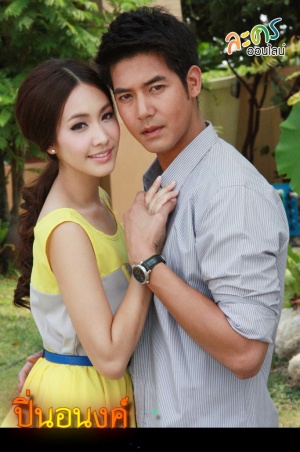 Pin Anong (Min Pechaya) is the daughter of Ounreuan (Noon Sinita), the housemaid of Khun Nai Kongsook (Kaew Apiradee) at the Phaisaan's Farm and Resort. Ounreuan was an orphan who became grateful of Khun Nai's family for raising her and providing her with a shelter and education. Ounreuan taught her daughter to be grateful of Khun Nai also because Khun Nai supported Pin's education until she received her bachelor degree. At the farm Khun Nai was known as the evil witch who mistreated Ounreuan and Pin Anong and exploited the workers at the farm by refusing to pay them wages.

The farm was headed toward a new direction with the arrival of Khun Yai Charlit (Weir Sukollawat), the rightful owner and only son of Khun Phaisaan. Khun Yai was drove off the farm at a young age after having a misunderstanding with his dad. He also escaped the accusation that he has committed an atrocious crime by killing Khun Nai Kongsook's ex-husband, Par who was known as just a worker at the farm. Khun Yai never got to make up with his dad who died in the hands of his own wife. Khun Yai came back to repossess his farm and revenge his evil step-mom.

He cloaked everyone by pretending he was Seur Yai, a dangerous thief gang member. As he plotted his plan to take back his fortune at the farm he fell in love with Pin Anong and the two got married. Yai has always been in love with Pin since he meet her years ago when he went to visit his dead father at the temple. During that time he disguised himself as a beggar to avoid revealing himself to Pin. Pin was very kind to him and offered him foods to eat. The main reason Pin married Khun Yai was to pay him back after having taken the blame for Khun Nai who stole money from the farm.

The couple went through a period of sweetness after confessing they love another. However, that was short live as Khun Yai overheard Pin talking to Khun Nai that she'll be the one to poison him so Khun Nai doesn't have to do any work and just watch her slowly kill Yai herself. She was just trying to protect her husband from Khun Nai, who's intention was to kill off her enemy so she can satisfy her own greed by becoming the sole owner of the farm. Yai misunderstood his wife intention and they fought. Pin then escaped from the farm but Yai continued to follow her and watch her from afar despite their misunderstanding because he love her and still care for her even though his words are contrary to that of his action.

Series of events occurred to test their love but no matter what they encountered Pin and Yai still love one another and was able to dethaw their misunderstandings. The two communicated without throwing jabs at each other and finally understood each other. Pin knew that Yai was not the one who kill her mom. Together they fought to bring Khun Nai to justice for murdering Pin's mom and those close to Yai. How will Yai and Pin take down Khun Nai and will justice prevail in the end?

Yai thought his dad never love him and tried every possible way to get that love from someone else even the love Parn family gave him wasn't enough. He couldn't see through their genuine love for him because it wasn't the type of love he was searching for. He was searching for someone to love him unconditionally, not out of piety but for who he is as a person and willing to create a warm family with me. His intention was pretty clear from the start that he wanted Pin. Like what he said to Pin, it doesn't matter if that person he love has someone else because he wouldn't stop at anything unless he get the person he love in the end. He doesn't give up on love either even when he misunderstood Pin. He hate her to the point it make him love her even more. Eventually he learned with love come trust, he can't love Pin fully if he doesn't trust her. Pin made him realized love come in all forms, romance, family, and friendship.

Pin had all the love she can get from her mom although at times it wasn't enough because she still wished for a father figure in her life. She love her mom the most, no matter what her mom did wrong she would never betray her own mother. She may love her husband but her mom is irreplaceable. She went from being infatuated with Na to experiencing true love with Yai. Yai taught her to open up and have a discussion if something is bothering her instead of keeping it inside like she usually does.

Parn and Jom are similar cases because they're both jealous of their dad's feeling for Yai. But in the end they both realized that no father will ever love someone else child more than their own child.

Jom was also blindly in love with Pin. Too blind to realize that no matter what he claimed to have done for her, she will never be his because she was never his since the start. He realized all she had for him was friendship. By going to the dark side all he got was nothing, even the friendship they once had he was bound to lose that also all because he wanted to claim her. You can love someone but you can't force someone to love wen they don't. Like his dad said, use your brain to distinguish whether a person is worth your love and respect or not.

Nee and Na are a sad case of neglected children that was never taught how to truly love someone. Having a mom like Khun Nai is like having no mom at all. Money can be thrown at you but love need to be nurtured at a young age. Na saw superior status as perfection, his relationship with Orn was never love. It was superficial from start to finish, Orn made him realized that at the end. He did tried to go back to fix his mistake but to Orn it was too late.

Nee was a problem child. Like every girl wanting a mom as a role model her mom was never a good role model for her. She became rebellious and acted out in ways to get her mom attention but she never got it. The more she rebelled the more her mom just let her do whatever she want and just supplied her with money. She also feel that her mom love her less than her brother. Pin taught her kindness and forgiveness. She was able to forgive her mom in the end but seeing her mom dying she still couldn't call her mom "mom" until her mom told her she want to hear it from her. There she realized her mom does love her and would have never killed her.

Khun Nai was raised in a wealthy family until her stars fell and she ended up poor and married to a gambler who took every penny from her. We didn't really know how she was raised by her parents but judging from the way she raised her children it was probably similar, distant and not affectionate. She valued money seeing only that as the only window to happiness.

Yai was too greedy to share his father's love with someone else. He was jealous of his step mom. His jealousy pretty much dissolve their father and son relationship. This greed of his started everything that led to his escape from the farm.

Khun Nai was a greedy, superficial, and evil character. She would do anything to have it all including killing other people off just to get her way. Her greed wasn't driven by Yai's attitude toward her because even if he was accepting of her she still would have done what she did. She's an acquisitive person and go to great length to acquire them. To her Yai was just a pest, whether he like her or not, the fact that he disliked her just make it easier for her to get rid of him.

The ending was justifiable for Khun Nai, she got what she did to others. Was death the best justice for her? No, it would be great to see her spend time in jail and learn her lessons there but karma is a bitch that always come back to bite people in the end. She was realized her wrongdoings at the end but it was too late to repent.