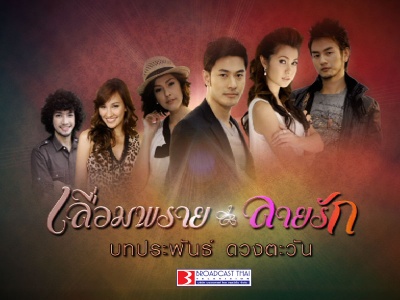 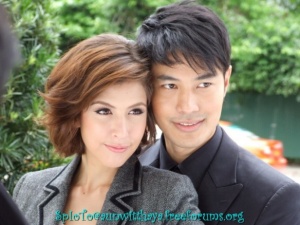 A conflict between two families in business and their personal lives. Rerngrit and Nicky are half brother and sisters. Both San and Nicky are going to get together to help put a stop to both of their families rivalry/hate

For most people, love is something fragrant, sweet, and pleasant; a source of strength that provides the will to live on. But for others, the love that comes into their lives is just a shiny shadow which appears beautiful and alluring. However, trying to capture it could be a mistake that will draw one into a whirlpool of darkness. An inescapable mistake in which innocent bystanders would end up getting dragged down as well.

In the midst of the war between two prominent families, the Rungsariths and the Jakrawuts, a mystery that occurs one night in a luxury condo, with death as its clue, leads a young man and a young woman, who are as different as night and day, to take a path neither had ever imagined taking. These two young people are Yanin Jakrawut (Rita Jensen), the sole heiress to the Jakrawut family, a fearless half-American/half-Thai who has never allowed rules to constrict her life, and Sanyakorn Rungsarith (Aun Wittaya), a young man who was raised under a strict code of conduct and who has always taken the clear-cut path in life.

But in order to escape the whirlpool’s strong currents that had already claimed many others, the couple held onto and relied on each other to solve the mystery surrounding them…not realizing that their journey would bring to light the dark secrets hiding within everyone’s heart.