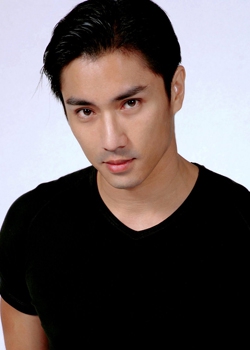 A Passin's acting career started when he was 5 years old. His first film was Song Rao, when he was 5 years old. He continued to be in films and he also acted in dramas, up until he was 12 years old. Passin decided to take a break from the entertainment bussiness to pursue education. He finally returned after graduating from Runsit University. He cameback as a cameo in various dramas and commercials for about 3 years. Someone saw potential in him and he was given a role in the film, Fah Talai Jone (Tear of the Black Tiger). His first comeback drama was Barb Ruk but he wasn't very well know, until he acted in Barn Poo Tawan by Pao Jin Jong. Passin's role is mainly as a antagonist