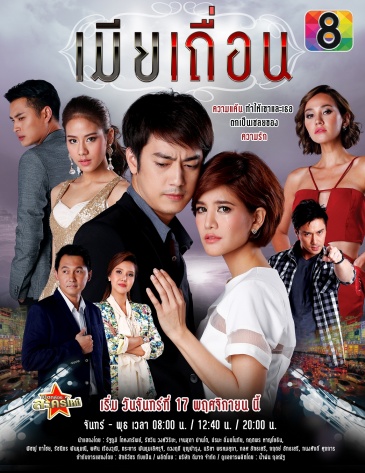 Koy and Film kinda have a crush but Film misunderstood Koy. Unfortunately, Koy's dad is ill, with usual stepmom owing debt to Film, she sent Koy as worker to pay off debt. And slap/kiss stuff continues.

Koy didn't have an easy upbringing: When her mother passed away her father got remarried to a woman who brought an older stepsister into the family. A few years passed and Koy’s father ha to go into the hospital because he got paralyzed and wasn't able to comprehend anything that is going on around him. No living alone with her stepsister and stepmother Koy has to work very hard to pay for her father's hospital fees and to give money to her stepmom and stepsister to spend.

The first time she met Film is when she was working at a car show as a host, he fell in love with her at first sight and he also helped her fight off a purse snatcher. When he offered to drop her off at the hospital to visit her father she agreed but then Film got a phone call and she didn't want to be a burden to him since he had important business to take care of. So she left without telling him. Suddenly she received a phone call from her step sisters boyfriend saying that her sister was hurt and that he was going to pick her up. When her stepsisters boyfriend picked her up Film saw her getting into the car with him and he decided to follow her. Her stepsister’s boyfriend took her to a motel and this made Film think she was a loose woman, playing around with him. This impression of him was even reinforced when he went to a restaurant where he saw her with another guy. In fact he mistook her best friend for another lover of hers. So Film believed that she is a gold digger or a girl who sells her body for money.

Later on she became a maid at Films house due to the debts that her stepmother caused. It's Koy who had to pay it off by being a maid at his house. Angry about his heart misleading him to fall in love with this supposedly greedy woman at first he makes her life living hell by forcing her to sleep in his bedroom.His anger towards her even grows when he sees other men flirting with her. Koy herself didn't understand his sudden change in his behavior since he was such a gentleman when they first met. Hanging in to the memory of their sweet first encounter and to the thought of her father who needs her to pay the money for his treatment at teh hospital, Koy decided to endure everything.

credits to: rightful owner (but got it from viki)