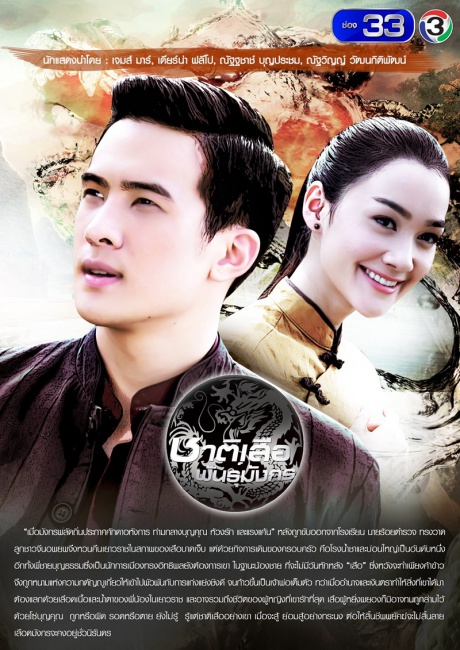 Lim Bun Hou or Songward is fired from lieutenant school because he is Chinese man and alien even if he will graduate soon, but he don't give up with his destiny. He will never back to manage teahouse which is business of his family that full of lustful, but can he get away from that place when he still be in Yaowaratch. He decide to sell a rice, and be supported by colonel Punyuth or Aye who is his adopted brother that is Thai family adopt him because the one benefit. The way of Songward is defamed, and finally he have to mess with crime and competition in Yaowaratch, but the tiger like him is chained with gratitude of Chinese family that is his uncle and also Aye who adopted him. He have to exchange everything with his tear and life of the girl who he love most. Tiang Ju's parent have to die, her house become the teahouse, and she have to be orphan that is vagrant since she was 12 years old. because of Lim Meng Hong's egregiousness so she only can keep her rancor in her heart, and wait for disaster of Lim Meng Hong. She need him to leave this cruel uncle, but it never happen because Lim Bun Hou kill someone for Lime Meng Hong and he will also find the way to part her and hia Hou away. Songward love Tiang Ju so much, and cherish of her since she was child. Songward wait for Tiang Ju to grow up as magnificent girl who beside him but when it's that time. Everything can't easily end up. Tiang Ju can't be as before, and Songward can't leave anything among kindness, love and rancor. No matter what happen, Songward will self-immortally keep fighting, and he will fight like a tiger. One day, he will be great guy that like great dragon and Tiang Ju will live beside him in one day. Credit: krisayaporn @ Asianfuse