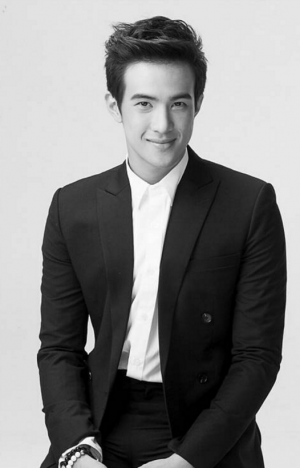 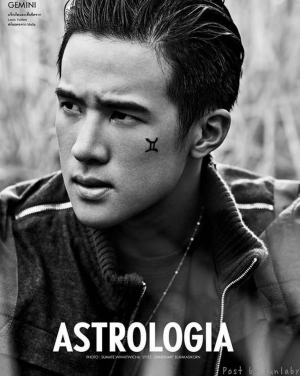 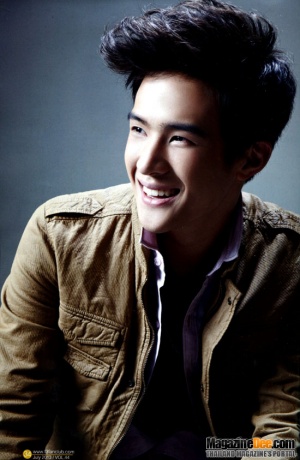 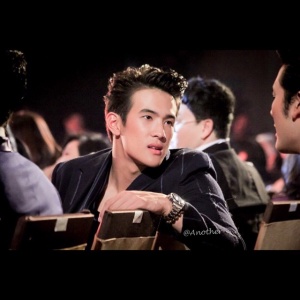 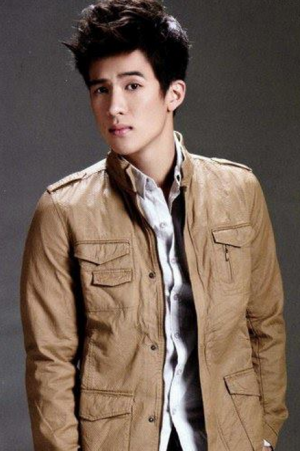 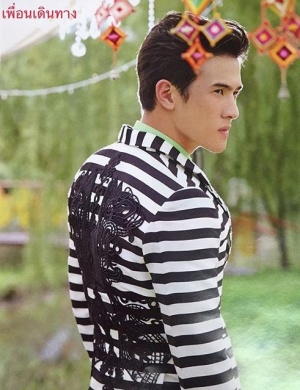 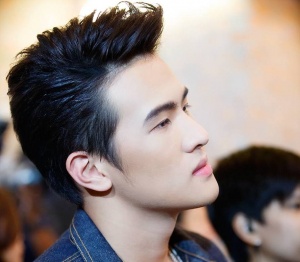 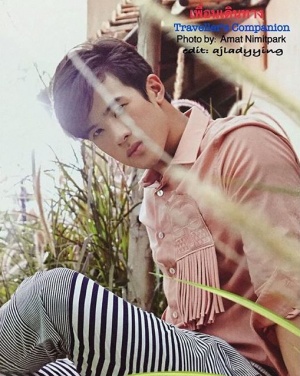 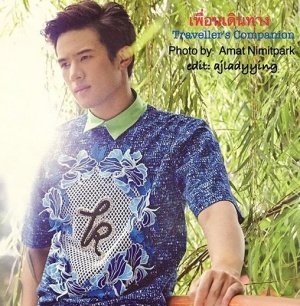 He says, “The most classic way to court a woman is….writing a letter….because I feel it’s a mix of the romantic feeling and….it’s like the whole feeling is in the letter……and I think it’s something people don’t really do these days……It’s a very charming love confession.”

James Ma was born in Thailand, his mother is from Hong Kong and his father is Thai of Chinese descent. His father has an import-export business and an real estate company. His mother has an auction company.

Before James Ma entered Ch3, he was modelling for photo-shoots. Since James always had a passion for singing, he then entered a singing contest back in 2008, but he lost the contest. Then in late 2011, James Ma was discovered by Ae, his manager. James then started his acting career. He shot to stardom after capturing everyone's hearts as P'Haym in Ka Badin and gaining even more popularity as Doctor Sattawat in Piang Chai Kon Nee Mai Chai Poo Wised. James now has one of the most diverse acting profiles of all the Channel 3's leading actors. From working with different actresses and different productions. From Metha Mahaniyom, TV Scene, Thong Entertainment, Good Feeling, and No Problem.

James Ma is described as a quiet, calm man, he is one of the biggest hottest actors for Channel 3. He surprised everyone with his acting skills in his debut lakorn, Supaburoot Jutathep. After the series he became a presenter for many products, he became one of the top presenters in Thailand. After the series he has been receiving many offers, he plans to finish his studies, which limits his time to film one drama at a time. He knows three languages: Cantonese, English, and, Thai. James Ma first attended NIST (New International School of Thailand), and at the age of 8, his family moved to Hong Kong and he resumed studying in Quarry Bay International School of Hong Kong. He then excelled 2 years past his usual studying year group and attended South Island School Hong Kong.

He returned to Thailand at the age of 16. Later, he met Ae Supachai Srivijit, who then became his manager in the entertainment business and James came back to Thailand to study in Harrow International School, Bangkok. He is currently working as an actor and model for a popular Thai television channel, ThaiTV3 or Ch3. Before James decided to be an actor, he thought about being a pro golfer. James won a gold metal in the ISSFHK Golf Pairs Championship 2008 in Hong Kong and many other awards against other schools.

James Ma is well known for his passion towards cats. In Hong Kong, he has a British Shorthair named Mocha. In Thailand, he has 2 ginger cats, Jammy and Zon Zon. He says his role model is his father, who taught him to be a true man, dedicated, and hard-working. James, along with Nadech Kugimiya, Mario Muarer, Ken Phupoom Phongpanu, and Weir Sukollawat Kanarot were part of the Give Me Five Concert, since they are all under the same manager. James's guests at the concert were famous singers Tata Young and Boy Peacemaker.

James like to play sports and eat. He likes people who have ideas. Many people view him as a quiet and private person but he says, "Actually I'm not a quiet person. I just say what I should say, even if I say it in a few words." He says he not a womanizer, he believes in destiny and fate, which is why is he strongly believes in love at first sight. James does not use any type of social media except Facebook once in a while to talk to his fans.

His Guests Were Tata Young and Boy Peacemaker.