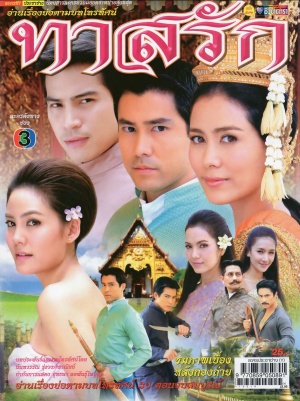 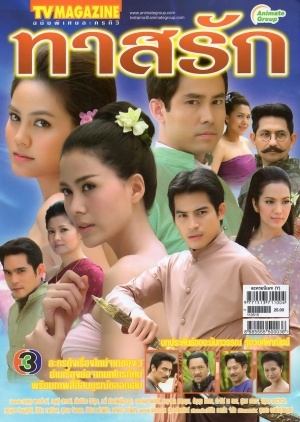 The synopsis credit to Wishbone/Wishboniko

In the late period of King Rama IV of Siam, "Chiang Noi" is a small independent state located between the borders of Siam and Myanmar. Chao Luang Mahacheevit, the old king of Chiang Noi is very sick. He is waiting for Prince Tanlawin who disappears during the civil war last 20 years ago. Princess Aeyawadee can't stand seeing her father lying sick with sufferings, so she decides to go to Siam to look for her brother and bring him back to rule the country.

Princess Aeyawadee leaves Chiang Noi to Siam with AongDin, the quiet and skillful warrior and Tid, her good humoured maid. The news about the princess's journey reaches to people in "the Green Palace" of Mom Nuan. She has an only beloved son named HSH Prince Darbprabsatroo.

People in the Green Palace are more excited about this news than anyone in Siam because Princess Aeyawadee is Prince Darb's fiancee since they were kids. Their elders pair them up for the political purposes though Princess Aeyawadee and Prince Darb have never met each other before and don't agree with this engagement. But Mom Nuan is the only one who is so happy because she hopes for the huge benefit in the ruby mines of Chiang Noi, so she wants Princess Aeyawadee to be her daughter-in-law.

Mom Nuan set the palanquin procession to welcome the princess and annouce to all people in Siam about the princess's coming. Siamese have known about Princess Aeyawadee's reputation that she is very gorgeous and generous princess and she also has very sweet scented hair.

In Siam, there's another girl who was born as a slave in the house of Phra PipitaOsot. Her name is Ward. She has been a slave since she was born because her parents are slaves. She is a smart, ambitious and eager learning girl. She yields to let her masters beat her up, so that she can sneak to eavesdrop and learn about the medicine from her master. She uses her genius to memorize Phra Pipit's medical manual until she's skilled in traditional medicine.

One day, Ward is sold to be a prostitute the big brothel of Phra Panit. Ward decides to escape into the jungle. She uses her smartness and cunning to get away from the men who hunt after her until she meets the Princess Aeyawadee's procession.

Princess Aeyawadee also has the enemy that is Saming Sinthu, her own uncle who conspires with the foreigner to overthrow Chao Mahacheevit. He sends his people to keep obstructing Princess Aeyawadee from looking for her brother.

Princess Aeyawadee doesn't want to let anyone know her status because she worries that it will not be convenient for her to look for her brother. At that time, AongDin helped Ward from the bad guys who hunt for her. He asks Ward to repay him a debt of gratitude by dressing up as Princess Aeyawadee to trick the princess's enemy's people. Ward accepts to do so because she thinks that she can escape after that. However, Ward can't get away from there because Mom Nuan comes to see her and misunderstands that Ward is Princess Aeyawadee.

At the same time, Princess Aeyawadee who disguises herself as a slave separates from AongDin and her maid. Unfortunately, She gets caught with the big group of slaves that is being sent to the brothel.

Ward who is ill-mannered and feisty has to play the role as the princess, while the real Princess Aeyawadee tries to explain about her real status, but no one believe her and they think that she's crazy and daydreaming.