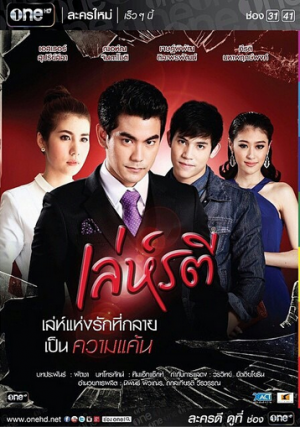 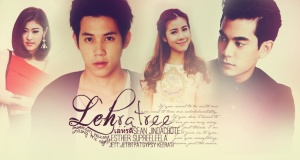 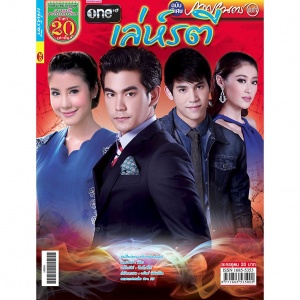 Kate's (Esther) dad stole money from Sake's (Sean) company and when he found out, he got super pissed because he trusted Kate's dad. This caused him to go over to their house to search for him. But he had already left and with his wife going to find him, it was only the kids and the housekeepers. Sake and his guards intruded into their house anyway and this caused Kate and Sake to argue. He was talking bad about her dad so she slapped him which, well.. caused matters to worsen. He carried her into the bathroom, locked it and showered her (Sounds weird, I know. Just watch it). With all of these going on, the mom found the dad but he had to go to the hospital because of his heart condition. There he decided to sell Kate to Sake for the debts. But he knew they wanted an heir and knew they will be able to take care of her. There's also Poo (Jes) and Pa (Gpysy). Poo is Kate's childhood friend. He of course, liked her. Pa is Sake's little sister. She's usually always with their mom. I guess you can say they're the bickering couple too. Itsala (Fang), who is Sake's ex-wife only wanted him for his money so he broke it off when he found out. Also, she lied she was pregnant but in fact, she couldn't since she got into a car accident as a teenager. She didn't believe Sake has moved on to Kate since she knew he loved her and continuously chases after him. With all these going on, we'll just see how Sake and Kate plays out with their love.

Sake: The solemn young business man and the only heir of the Suttagarn family. Love has caused him disappointment. Thus, he has become a cold person when he actually is a sweet and generous person who really loves his family.

Kate: The adorable and cheerful young woman who's willing to sacrifice her happiness for the sake of her family, even becoming the "baby carrier" to pay off her father's debt from gambling.

Satayu (Poo): The hasty and straightforward architect who loves and admire Kate since they were kids because they're neighbors. When Kate has to become the baby carrier at the house of the Suttagarn family, he was depressed that he couldn't do anything.

Pakinee (Pa): The adopted younger sister of Sake and is a confident woman. When she and Satayu meet for the first time, they both don't like each other. But when she sees him depressed over how Kate has to become the baby carrier, she sympathizes with him and keeps comforting him.