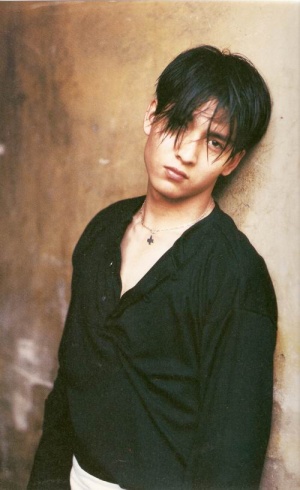 Lek was considered to be Thun Tonawanig's twin, because the two look so much alike, they're often paired up for magazine shoots together. Two other actors that also look like those two, and are still alive, are Thun Thanakorn and Aun Sarawut Nawasangarun.

Lek was born in Nakornsawan. His father died before he was born and his mother re-married, leaving him to live with his grandmother. So his grandmother is pretty much his only family member.

Lek was considered to be one of the most famous teen idols during that time. But he was involved with drug usage and gambling/betting on soccer teams towards the end of his life. Reasons for his death is still unclear to this day. Some believed that he was intoxicated and fell into the river and didn't have enough strength to swim to the shore. Some believe he was murdered, because he was a couple of millions in debt from betting during soccer season. Some believed it was because he drank alcohol mixed with heavy amount of sleeping pills which would have caused him to become overdosed. Lastly, he might have jumped into the river to commit suicide.

On the morning of Nov. 10, 1998 a boater found a body floating in Lad Prao Canal (aka San Saeb Canal) and reported it to the police. The police identified the corpse as Lek Saran Sakornsin. A day earlier (Nov. 9, 1998), Lek was reported to have disappeared from his home after going over to his girlfriend's house to deliver her birthday present. One of the police had said that on Nov. 9, someone had called in and reported that they had seen Lek jump into Lad Prao Canal. Police had sent in divers to search for him, after over 6 hours they still couldn't find him. Until the next morning when his body floated above water about 500 meters from where he was reported to have jumped. They believed he had died for at least 24 hours.