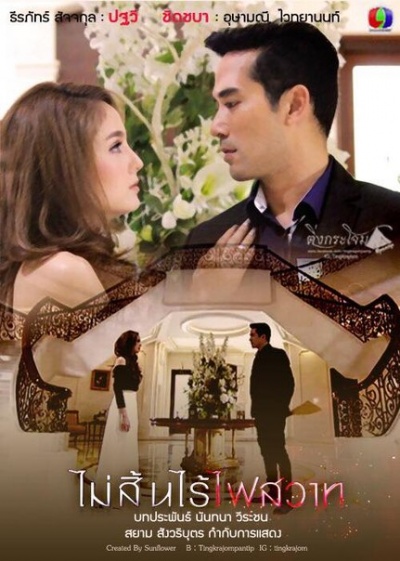 Chitchaba is the only daughter of a millionaire businessman. She just graduated from abroad and returns to Thailand. Her father commits suicide after he gambles away their mansion to a man named Patawee. As a result she becomes Patawee's mistress and embarks on a trail of revenge. Little to her knowledge Patawee has plans of his own.

Another Synopsis Patawee’s and Chitchaba’s fathers had built a successful business together. Unfortunately, Patawee had committed suicide after Chitchaba’s father had cheated him and resulted in his family wallowing in poverty. Patawee returned as multi-millionaire businessman to take revenge on her father. She was forced to become his mistress for a year in exchange for her father’s mansion, the last piece of her family fortune. Source: BUGABOO INTER

Credit: krisayaporn at AF for synopsis (edited by Phat)/ninjakkn for teasers and English subs