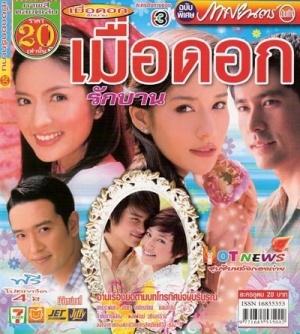 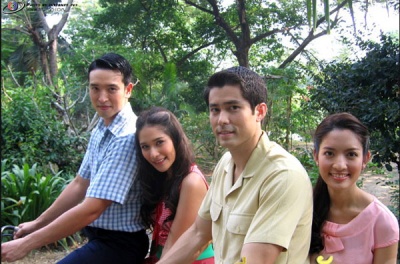 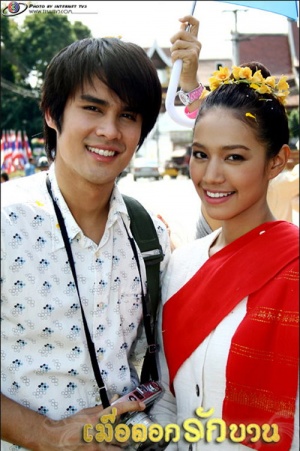 Mart came to the countryside,visiting and staying with Chai. He's a photographer. During the festival, he saw Aff dancing. He instantly fall for her. Ploy have a one side love with Mart while Chai have a one side love with Ploy. Anyway, things got complicate. Chai sorta 'r' Ploy and Aff and Mart slept together as well *bad, bad n'ek* Ploy's pregnant and claim that Mart impregnant her. Mart have to break of the promise he have with Aff and marry Ploy to save her face. Unknown to him, Aff is already pregnant with his child. Chai was heartbroken that the woman that he love will not love him not matter what. Mart and Ploy return back to the city and Chai also broke of the brotherly hood bond between him and Mart. During Ploy's stay in the city with Mart, there never was a happy day that Mart will enjoy with Ploy. Chai also marry Aff for the sake of the baby too. When Aff gave birth to noon, Chai was so joyful. Ploy also gave birth the same day too. After giving birth to her son, she ran away to stay with Khun Jai, a friend of Aff, who also have a one side love for Aff as well. Ploy left her son with Mart. Mart raise the son up. Years later, the daughter and the son meet. They are in a bad term of relationship at first but eventually, they became close and fall in love. Things got very complicate as Chai hate Mart for breaking the brotherly relationship between them. Unknown to Chai that Tye was his son, Chai want his daughter, Noon to marry another rancher, Poh Rien. Anyway, i think it'm confusing you all with my summary but you have to watch it to understand it fully. It's actually good if you dont' pay too close attention to the actors themselves.