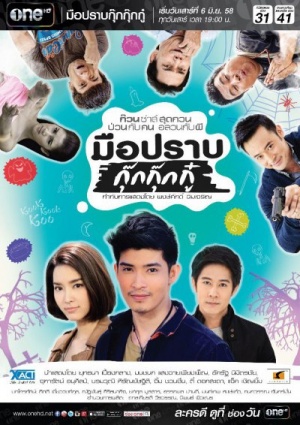 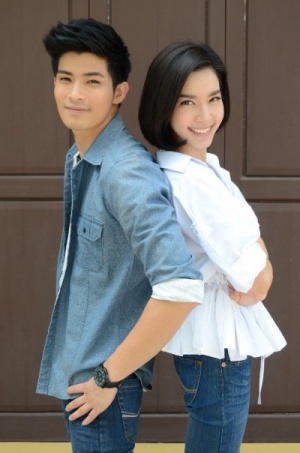 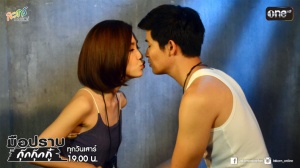 The story begins with Song (Toomtam) being brought from Nakonpratom to Bangkok by his brother Neung (Ak), so he can receive his inheritance. Song is currently running away from debt so he decides to leave. He brings along his bestfriend Ord (Jack Cheunyim). When they get to Bangkok, Neung tells Song about their family secret; that they have the ability to see ghosts and spirts. It has been passed down from generation to generation in their family. Hearing this, Song didn't believe it. Neung then showed Song by revealing that he was a ghost. After that, Song believes him.

Neung begged Song to continue the family's occupation as a Shaman, so he can help people in need and to guide the lost souls/ghosts/spirits in the right direction. Song declines and tells Ord that he sees Neung's spirit, but Ord doesn't believe him. Na Wai (Jim Chauncheun) who was Neung's helper, wipe ashes across Ord's eyelids, making him able to see spirits. In the end, without having anywhere to go, Song agrees to become a shaman with Ord and Na Wai as his helpers.

Ping (Mo), a female officer and friend of Song whom he used to have a crush on when they were younger is dating Neung. Upon hearing that Song was back, Ping goes to visit and hurriedly asks about Neung. Song tells her that Neung was dead but she doesn't believe him, because they haven't found his body. Song tries to explain that it was true by telling her that he was able to see Neung's spirit. But no matter what, Ping doesn't believe him and says he's insane.

Song, Ord and Na Wai forms a group with the help of Neung. But becoming a Shaman for Song isn't easy. He has to start learning all the magic spells from the beginning. Including the use of various tools. Most importantly, Song has to steadily upkeep the 5 precepts of Buddhism in order to have the power to fight against the evil spirits. But this wasn't an easy thing to do because Song has a fun, outgoing and naughty personality. Every time Neung tries to lecture Song about being on the right track, Song will tell Neung's ex-girlfriend from fifth grade, Tangorn (Group), who is a ghost, to chase Neung away.

As Song continues to suppress the ghosts, he starts to feel that his brother's death was suspicious. Song begins to search for clues for his brother's death by taking on the jobs to suppress ghosts because Neung will not tell Song how he died. Ping has also gotten suscpicious of the disappearance of Neung. Ping tries to collect clues from various cases with the help of the other officers (Mick & Tee Doksadao). But in actuality Neung doesn't want Song and Ping to seach for his killer because he knows that the Shaman that killed him is very powerful and dangerous.

Song, Ord, and Na Wai will experience hilarious, crazy and hair raising cases while suppressing ghosts and trying to solve the case caused by actions of something mysterious. As for Ping who has gone through many dangerous situations with Song, she will slowly open up her heart and start to feel good towards Song. In the end, how will the adventures of the Shamans be? Will the love triangle between Neung, Song and Ping have a happy ending or not? Tune in and cheer on "Mue Prab Gook Gook Goo" on Saturday, June 6th at 7 p.m. on channel one.