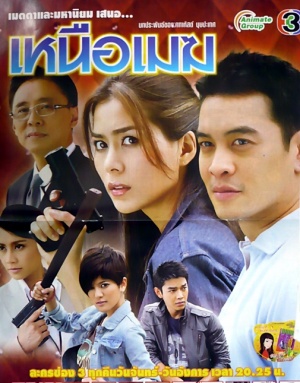 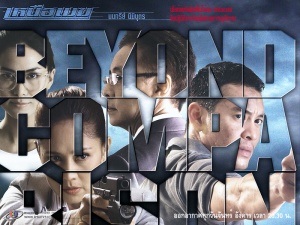 Payu (Chakrit Yamnam) is the son of Meka (Nophon “Ah’Too” Komarachoon), a popular politician with a good heart. Meka is a widower and a single father. He has raised his son Payu alone since the death of his wife years ago, when Payu was a boy. Payu loves his father dearly and like wise, Meka loves his son Payu dearly. They have a strong bond. Meka is dating Napa (Nok Sinjai), a confident police woman, she is the captain of the Special Investigative Unit in the police force.

Fate played a cruel joke on Payu and Fah, as both were framed for horrible crimes at the same time. At Payu’s graduation party, he earned a master degree from America, Payu was drugged and all his friends were murdered. Because he had the weapon (a gun) in his hands, he was blamed for murders. As for Fah, she was caught hacking and accused of soliciting drugs to kids. Both are innocent, though the evidence clearly pointed to them as the culprit. Payu tried to seek help from his father, but his father acted coldly towards him, like wise with Fah with her mother. Both parents turned their backs on their children.

Though fate can be cruel, fate can also be a blessing in disguise for fate brought them together. Payu and Fah met on the day they were being transported to prison, a killer was after them and they escaped together. Payu and Fah, realizing they were in the same boat, journeyed together to find the truth as to why people are after them. On their way, they met Torung (“Koi” Rachawin Wongviriya), a brassy young woman, and she joined them on their journey to find the truth. All three is are being hunted by Lieutenant Kraam (’Art’ Pasut Baanyam), an enthusiastic young police officer who is part of the Special Investigation Unit.

As they dig deeper in their search for the truth, they discovered they are being hunted down by a governmental organization called the ‘organ’. The ‘organ’ is governed by 4 individuals, one of which is Payu’s father Meka. The ‘organ’ is an influential organization in Thai society, they work in the shadows, controlling the economic and political affairs of Thailand. Now the question is this, what do they want with Fah and Payu, you will have to watch it to find out.

In the backdrop of suspense and mystery, Fah and Payu fall in love as they journey together to prove their innocence. There is also a love triangle between Payu, Fah, and Torung.