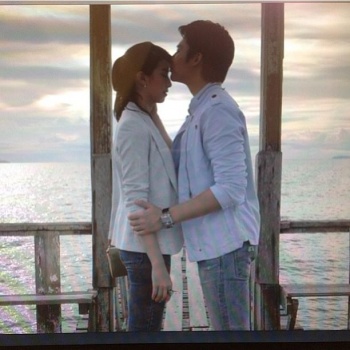 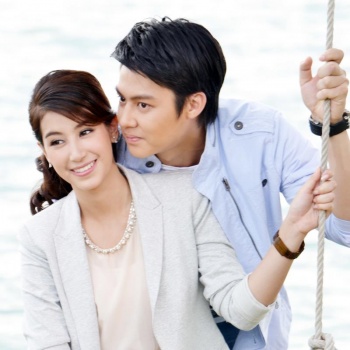 Beyond Comparisons 2: The Conqueror Over The Master of Sorcery

Sangkla (Prin Suparat), an earnest police officer who is serious towards life, grew up under the care of the orphanage foundation. He grew up with Namsai (Kamolned Ruengri), the young woman who had secretly fallen in love with him without him knowing. Sangkla received an assignment from Commanding Officer Rawee (Sonia Cooling) to find the ruins that disappeared after an aggressive and criminal plundering have occurred. Thrisuwachara, one of the four divine weapons which are namely: Thrisuwachara, Anantakata, Jukranarai, and Sungchayomkol. Which, they all appeared in the ancient and holy textbooks of divine weapons.

Sangkla has to work with Sergeant Saming (Pongpat Wachirabunjong), someone whose personality completely differs from Sangkla’s own personality. While Sangkla bases his judgment on scientific principles, Sergeant Saming instead believes in omens and black magic. There were plans to steal the diamonds of Sungchayomkol from a diamonds anniversary display. Sangkla, Sergeant Saming and Kram (Pasut Banyam) worked together in order to interfere with the plan. The thieves who came to plunder turned out to be enemies with black powers. Every type of weapon and bullets were unable to harm them. It was only Sergeant Saming’s bullets that could harm them.

The fight in stopping the thief caused Kram to be wounded near the point of death and he had to be sent to the hospital in emergency. But in the end, Kram suddenly went maniac and robbed the diamonds from the vault inside the office of special investigations, until he fatally wounded Aroong (Rachawin Wongwiriya) and followed her by committing suicide. Sangkla asked Dr. Praepailin (Chalida Wijiwongthong) to perform a detailed examination of the evidence from Kram and Aroong’s death. In addition, he asked her to use an advanced form of philosophy in searching for the two ancient weapons that had disappeared. However, the investigation of these evidences did not receive cooperation from Commanding Officer Rawee.

Dr. Meka (Noppol Gomachun) encountered an administrative problem as the position of prime minister so he had to appoint Jak, (Dom Hetrakul) a male politician who has a not so clean background. Jak appointed Winyoo (Chatchai Plengpanich) as his personal adviser who has a part in every decision he makes. In addition, there is widespread rumors that Winyoo one who is difficult find as he is interested in dark science and is powerful in black magic.

Jak is dating Dr. Praepailin, daughter of Petchtae (Penpak Sirikul), the big lady of the number one networking business of Thailand. Praepailin used to date Komsorn (Jarun Soso), secretary of the prime minister, when they were studying abroad. When they graduated, each were occupied with work and their love became distant so eventually they ended their relationship and separated.

Meka and Jak always bumped heads in their works. One day, Meka was ambushed by the Master of Sorcery so that he was wounded near the point of death. Napa (Sinjai Plengpanich) unceasingly pounded shots into the Master of Sorcery (with her gun) until he retreated. While bringing Meka to the hospital, Napa was also ambushed so that she died after falling off the building. At the same time, Dr. Meka fell into a coma. It seemed everything fell into place for the Dark Powers. Jak was appointed to maintain the position of prime minister while Winyoo took care of the special investigative forces. Sangkla and Sergeant Samin are confident that Jak and Winyoo are behind all the evil that has transpired but is unable to punish them. In addition, it is very strange that Sangkla would, in secret, often receive the most important pieces of evidence from Satta (Faith), an enigmatic individual, so that there were many times where they almost caught Jak.

When Anantakata was stolen by thieves in an outrage, Rawee was unresponsive and behaved as if nothing happened. Thus, Sangkla and Sergeant Saming decided to disobey order and commanded troops of special investigative forces to follow the traces using the advanced technology provided by Dr. Praepailin and Sergeant Saming’s black magic. This made Sangkla find out that the three ancient weapons that disappeared were in the warehouse belonging to Petchtae. Sangkla and Sergeant Saming thus lead the special forces to crash the place, hoping to snatch the ancient weapons back. But instead, they were backfired when they found only emptiness. The troops of special forces were crushed by mass weapon. The Master of Sorcery appeared and confronted Sergeant Saming so that Sergeant Saming made a slip. However, he received help from a female in black suit, who shot magic bullets at the unprepared Master of Sorcery. This allowed Sangkla and Sergeant Saming to barely escape death. Which, the lady in black suit was Napa herself. Now, Jukranarai was the only piece left. If the Master of Sorcery were to seize and possess it, (his) dark magics will increase exponentially to the point where it will difficult to combat him.

Sergeant Saming has a pupil who was adept in white magic, Chotiyan. His skills were proficiently above Sergeant Saming’s. However, the chance was lost when the Master of Sorcery, who is the pupil in black magics, wounded and murdered Chotiyan. The only person who can get rid of the Master of Sorcery must only be the direct, white magic bloodline of Chotiyan. That person is Sangkla. All this time, Sangkla had understood that he was a lonesome orphan with only a locket hanging around his neck since childhood. Commanding Officer Rawee ordered the dismissals of Sangkla and Sergeant Saming and charged them with allegations. The two were forced to flee the authorities who were hunting them down. At that time, the last divine weapon, “Jukranarai,” disappeared. The remaining hope is Meka’s revival from the coma, in order to seize back administrative power over the country from Jak, who was like puppet of Winyoon.

The plan in seizing Meka’s body so that Praepalin and Sergeant Saming can help resulted in Meka’s awakening. However, this caused the situation to worsen as everything was Winyoon’s scheme in snatching the Watchara hidden in Sangkla’s locket in order to complete the ritual. How will they be able to combat the God of Evil, the possessor of all four divine weapons? Will the white magic inside Sangkla’s blood and Sergeant Saming’s skills be enough to combat it?… Please continue to follow soon.

SaengKla(Prin) is a person who gets mad a bit and cannot handle his emotion right for work so his boss sends him to a mental hospital for a EQ test and there he met the beautiful doctor Praepailin(Chalida). Prae is a quiet women who focus on work most of her life, but ever since SaengKla stepped into her life she has changed her behavior to become a little more fun. On the other hand Winyo trys to stop SaengKla because he's the reason why his powers always failed, the true magic is in SaengKla's locket he wears around his neck. Winyoo will do anything to get that locket but what he doesn't know is that he is up a against a fight with his own son????

Therefore, it was cancelled and replaced by Rang Pratana starring Nadech Kugimiya and Kimberly Ann Voltemas.