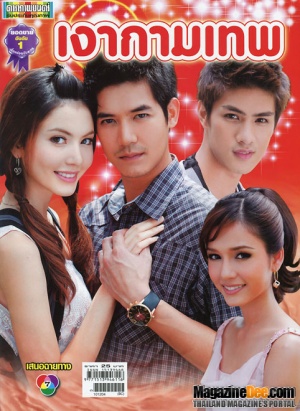 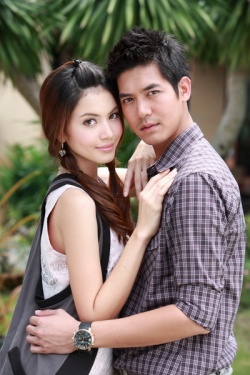 Tien was raised as a boy all her life because her father swapped her with her adopted parents son. Even her adopted brother did not know she was a girl until much later. Her grandpa wanted a boy to carry the last name since Patson ( her father's brother) could not have children. So his father swapped her with a care taker son from his estate in Hua Hin. However, the father had a soft spot for his daughter because he left a ring and necklace too. The grandfather was dead and therefore, Patson, her father wanted to find her because he did not want the adopted son to inherit the money. Now Tien meet Rome after he saved her and took her to his house and was not aware that she was actually a girl. When Rome found out that she was a girl, she transform herself from a boy to a girl. Rome became her mentor to help teach her to act like a woman and makes her dress up as girl. He also knows that she might be the real heiress of Patson family fortune.